Foods destined for the landfill can have a second life as engineered products. Companies are taking waste such as coffee grounds and spotted fruit that won’t sell and converting them into environmentally friendly products such as non-caloric sweeteners, inks, oils, and biofuels. This trend toward adopting a circular economy in food engineering reduces the profligate waste of food in our global system.

Each year, approximately 1.3 billion tons of food produced for human consumption is lost or wasted globally, according to the United Nations Food and Agriculture Organization. These losses occur at every point in the value chain, from harvest to consumption. Supermarkets, for instance, reject unusually shaped or colored produce even though it is safe for consumption. The foods are then discarded. The global volume of waste has significant costs. The Food and Agriculture Organization has estimated that food waste has a yearly economic cost of (USD) $1 trillion, social cost of $900 billion and an environmental cost of $700 billion. In order to achieve a sustainable food system, food needs to be used judiciously, including what is deemed to be waste. 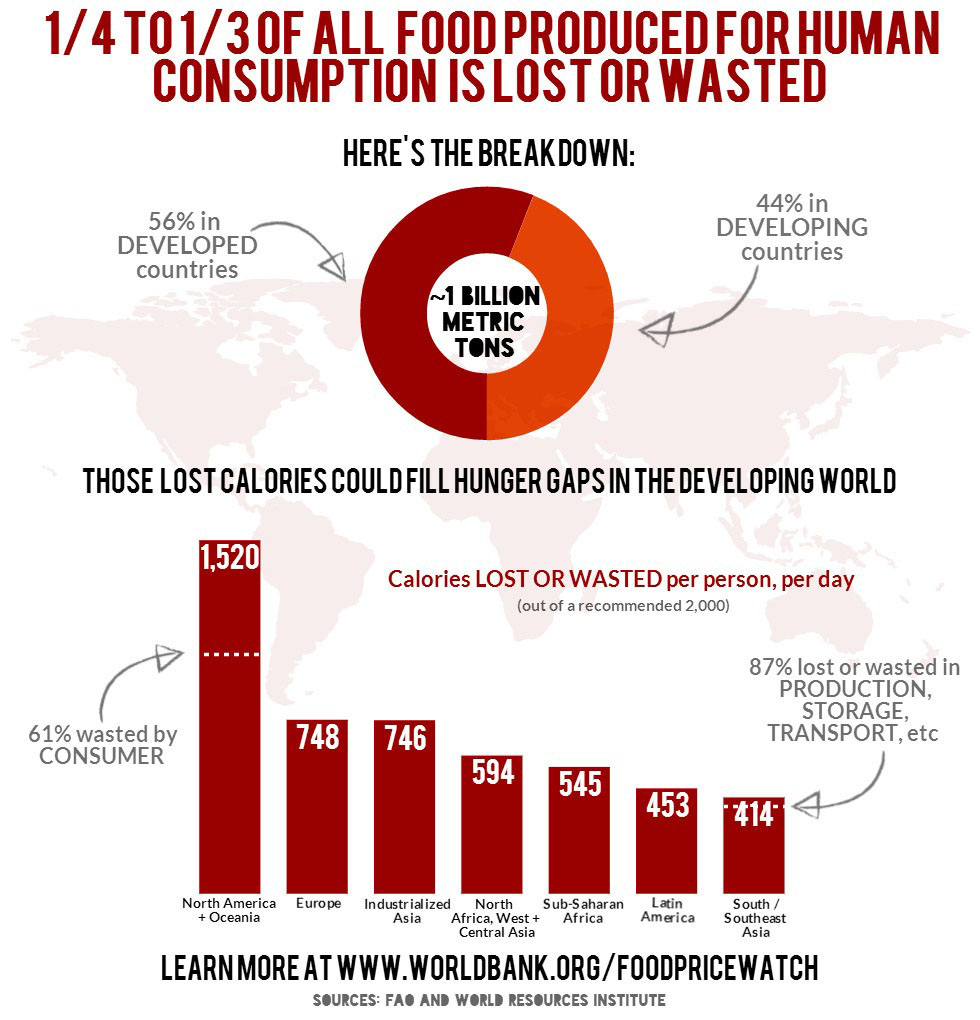 Although famed for drinking tea, the UK has a coffee habit that sends about 500,000 tons of grounds to landfills annually. Revive Eco, a Scottish company established in 2015, now collects these coffee grounds from offices, restaurants, and cafes and converts them into a palm oil alternative used in cosmetics. The palm oil alternative is more sustainable compared to palm oil produced from palm fruits. Revive Eco takes a step further and transforms by-products from its oil process into a soil conditioner. 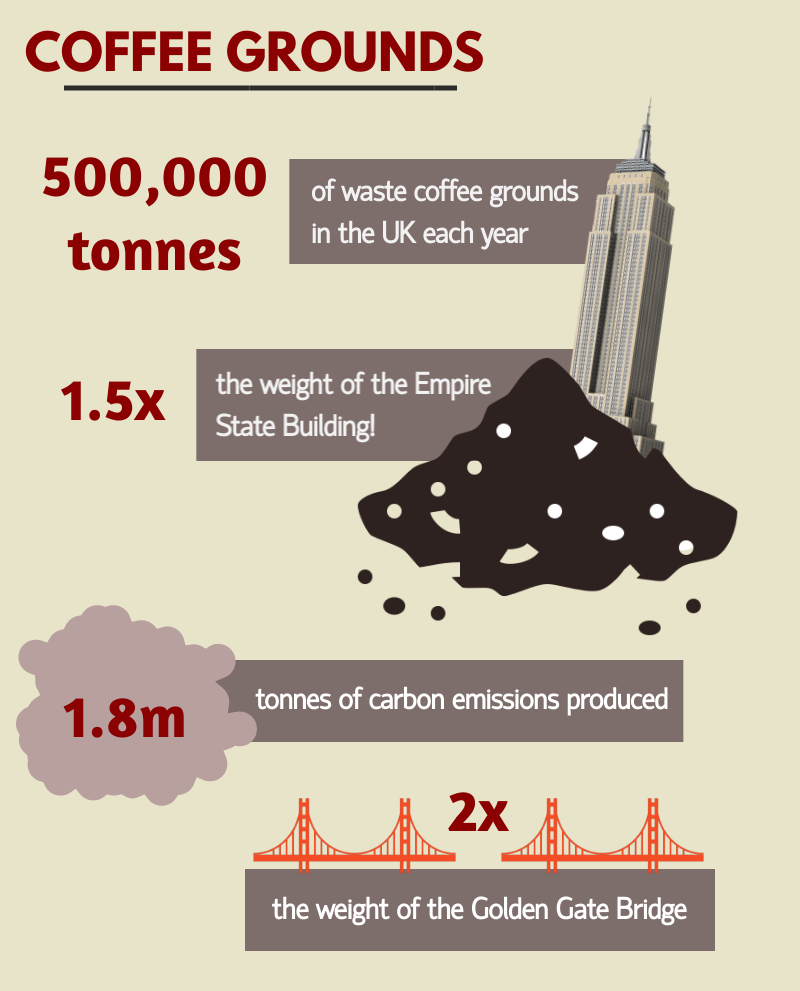 Fooditive, a company based in the Netherlands, is tackling food waste by transforming third-grade apples and pears into a non-caloric sweetener. The company works with fruit suppliers to source apples and pears that have brown spots or off colors that would otherwise send them to landfills. Fooditive extracts sugars from these fruits and ferments the product to convert it into a non-caloric sweetener. Fooditive’s factory waste is then used for soil enrichment. The company is further adopting a circular economy to develop other food ingredients; such as preservatives, thickening agents, and emulsifiers, also from food waste.

Other companies are working to eliminate food waste as well. Barnana is upcycling bananas in Latin America to make a banana snack. CBPak, a Brazillian company, is using waste from a cassava plant (yucca) to make biobased cups and trays. Olleco collects oil waste from restaurants and other establishments to convert it to biofuels. 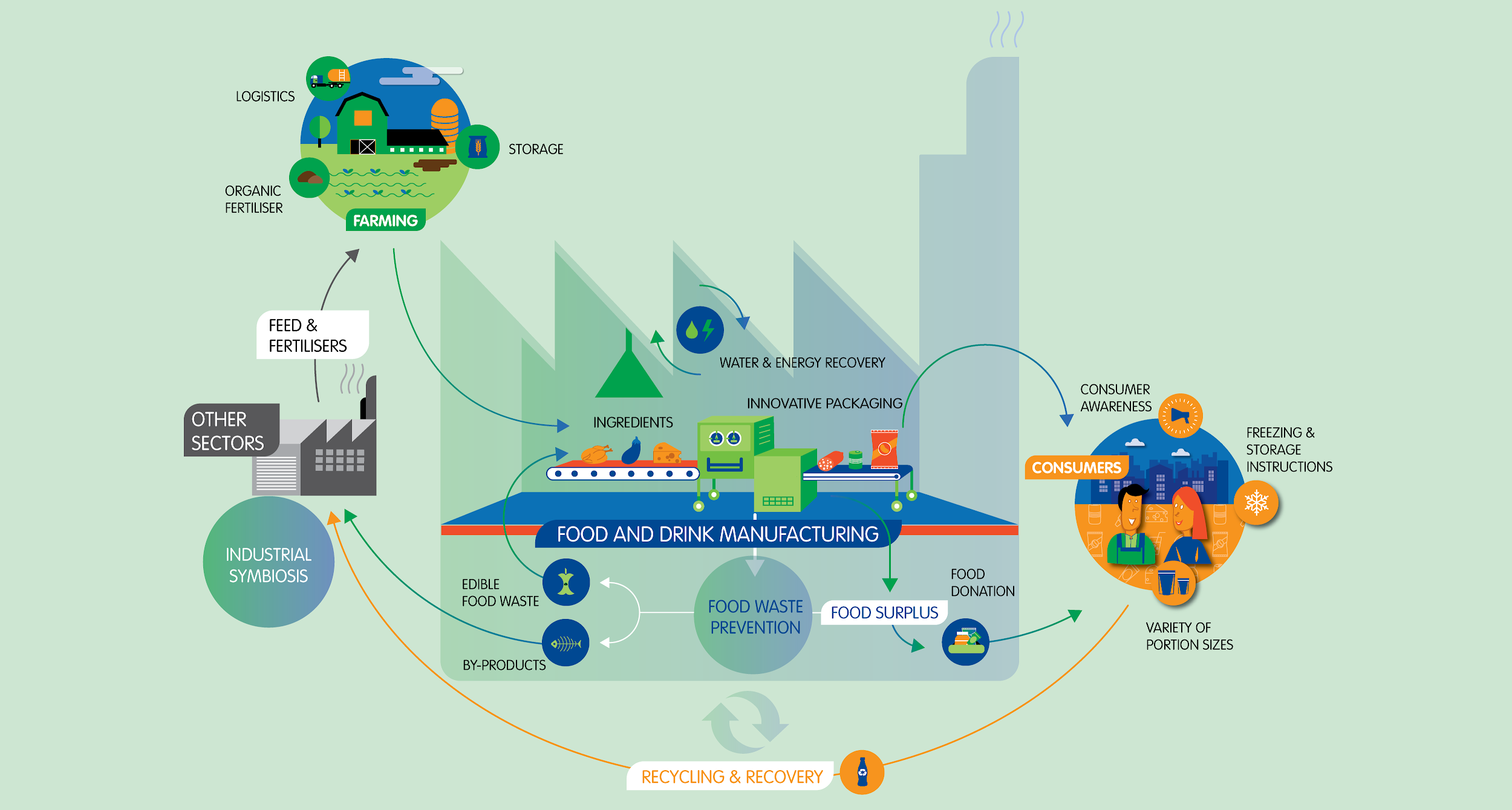 The program and its partners at Virginia Sea Grant and Virginia Commonwealth University’s Rice Rivers Center collect used shells from restaurants and other establishments throughout the US state of Virginia. The shells are held in seeding tanks where spat, or oyster larvae, can attach and grow. Then the shells are released into Virginia waterways to rebuild reefs, filter water, and support sustainable coastal economies, according to Virginia Sea Grant. 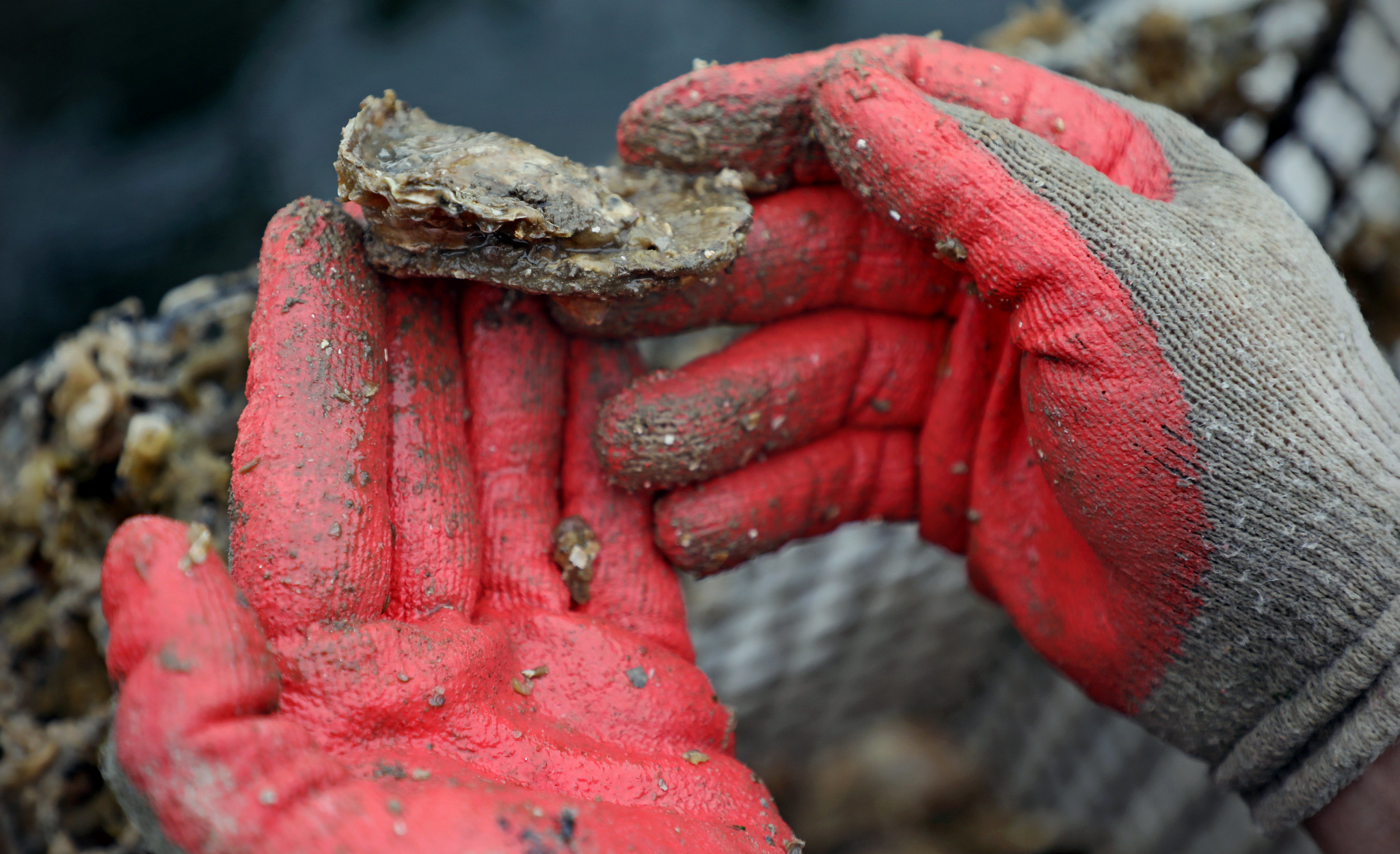 Though the companies are working to reduce food waste, there is still room for improvement. One important example is peels. Mango peels, and other fruit and vegetable peels, can be converted into bioethanol or even used in the production of biodegradable films for food packaging.

It is important to adopt a circular economy at all stages of the food value chain to help reduce food waste and its impact on the environment.

Bezalel Adainoo is a Research Fellow at Engineering for Change. He has a background in Nutrition and Food Science and has worked on field and lab projects aimed at food security and food safety in Ghana. He writes about sustainable food production and nutrition security in various outlets, including his blog, staywellnow.com.

Looming water shortages could afflict more than 1 billion people by the year 2050, a new study suggests. But there could be a bright side. The roots of the problem won’t surprise anyone who has been paying attention: population growth and the tough-to-predict effect of climate change on water supplies could exacerbate water shortages in cities. The solutions are good land management and, yes, engineering to prevent the crisis before...