Each year, one worldwide event captures a solid showing of some of the most promising social-good startups and the technologies they are developing. That event is the Innovation Showcase, iShow, by the American Society of Mechanical Engineers.

In the interest of disclosure, ASME is one of this organization’s founding partners. But the reason that the following list is not entirely sycophantic is that iShow’s judges are responsible for the quality of each year’s crop of winners. And the judges are not drawn exclusively from the ranks of ASME staffers. Rather, iShow is principled in its selection, handpicking experts at institutions in each of the three regions where the competitions take place. In the yearly competitions in Kenya, India and the United States, some of the regions’ most promising startups answer to judges from universities, incubators, non-profits, multinational corporations, and other small startups.

With the exacting selection process in mind, these are 10 of the world’s most promising social ventures founded on a new device.

See our playlist of prototype demos from iShows in Kenya and the United States. 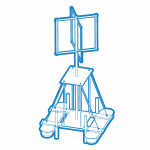 There are 18 million small-scale fish farmers in Southeast Asia, comprising 90 percent of the region’s total fish farmers. They have limited access to electricity and they earn very little. Without the means to pay for aeration, disolved oxygen levels in the ponds are low and so are the fish yields. WERLWind is a wind-powered and extremely affordable aerator for small fish ponds. It can increase yields without the requirement of electricity or large financial investments.

A vertical axis wind turbine spins in any wind direction. Its motion directly operates a mixer that draws oxygen-rich water from the surface of the pond down to the oxygen-depleted bottom, and returns oxygen-depleted water on the bottom to the top where it can recharge with dissolved oxygen.

Below is an audio recording of an interview with Ahmed Mahmoud and Kamran Mahmudov, from WETech, and Mariela Machado at E4C. 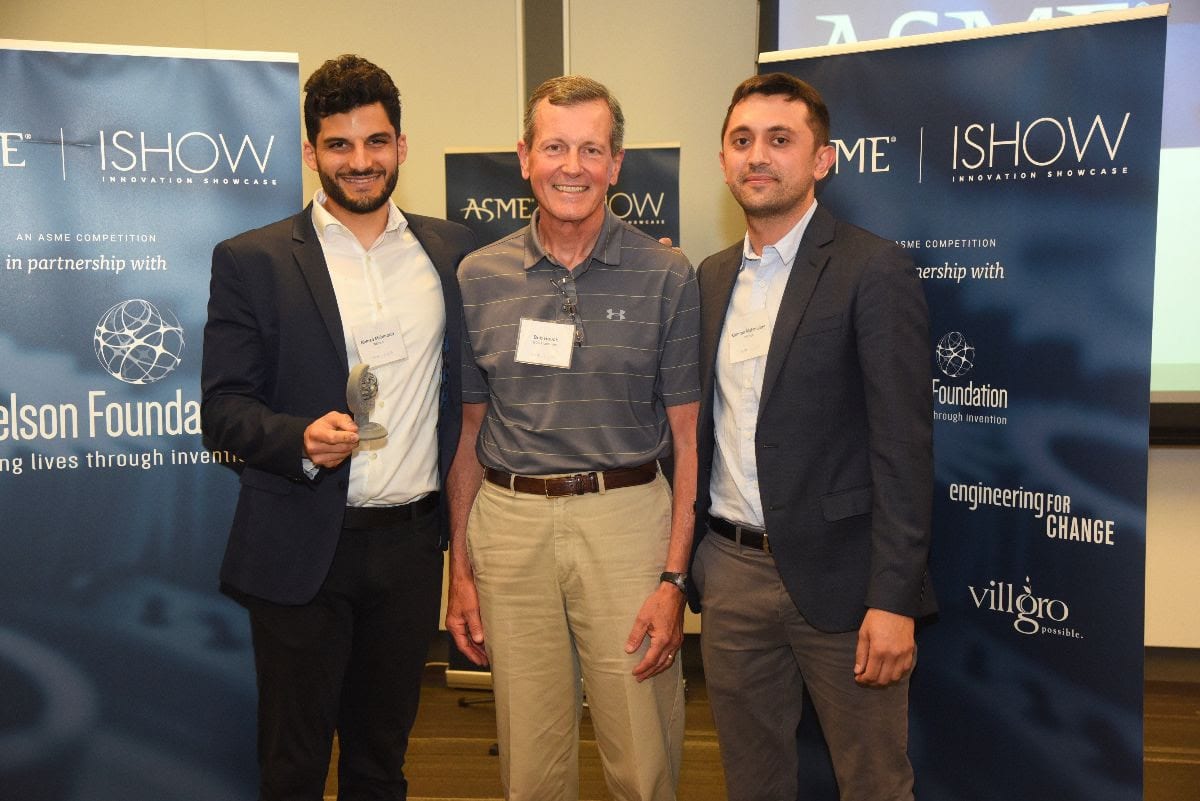 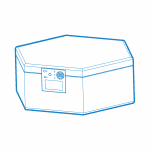 Kukua Labs is developing a solar-powered egg incubator for use in off-grid homes in Tanzania. The octagonal device is about the diameter of an outdoor cafe tabletop and is designed to hatch eggs more consistently than nature would allow. It can reduce the inherent volatility in egg hatching and stabilize a popular food and income stream for the roughly 70 percent of rural Tanzanian homes that raise chickens.

Nick Azpiroz at Kukua Labs explains the impetus for developing the device and shows it in the video below. 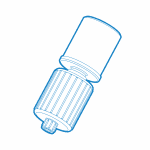 The Caminos de Agua team works in Central Mexico and developed Aguadapt, a modular ceramic water filtration system. The ceramic filter can fit onto a standard plastic water jug and other water containers. It filters water as it leaves the container, removing microbes before they can enter a water glass and cause disease. The base of the filter has threads where the user can screw on a second filter designed to remove specific contaminants. Whatever materials a user places in the second filter can work to remove a known contaminant in the water, such as arsenic or lead or pesticides. 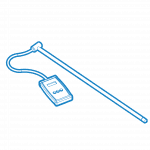 GrainMate is a low-cost, accurate grain moisture meter to help farmers monitor moisture in grains to reduce post-harvest losses. It costs about $100, which is less than other meters on the market, and its operation is simplified for easy use even by people not accustomed to using many electronic devices.

Why a moisture sensor? Farmers game crop sales by storing grains and other produce after harvest to sell in the off season when market prices are higher. Grain that is not dry enough for storage can rot and mold. A moisture sensor can alert farmers to a potential problem and prevent post-harvest loss.

To date, Sesi Technologies has manufactured 300 GrainMate meters, all locally in East Africa.

“Manufacturing locally is important to us because we believe that a hardware revolution can come from Africa,” says Peter O’Hara Adu at Sesi.

The device is made of two parts, an aluminum probe and a handheld controller. The probe inserts into a bag of grain then gives a readout on the controller. The display shows temperature, relative humidity, moisture content and the name of the commodity being tested.

“It’s very simple to use. There are just three buttons. There is an on button which is red, an off button which is black. Simple. You can easily explain this to a five-year-old or a 90-year-old grandmother,” Mr. Adu says. 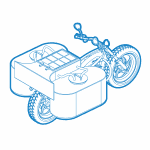 MaziwaPlus Pre-Chiller, by Savanna Circuit Tech, is a mobile solar-powered chilling system that can be mounted on motorbikes for cooling on the go. The device can serve dairy producers and cooperatives for quality control, traceability, and maximized profits.

Developed to reduce milk post-harvest losses, the device bridges a gap in the cold chain that results from a lack of affordable cooling infrastructure. With Maziwaplus on a motorcycle, highly perishable milk can be transported over distances in rural Kenya. 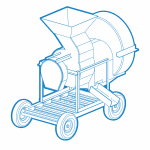 The venture figures that this thresher can reduce post-harvest losses by up to 30 percent. It may also increase income by 50 percent on small-plot farms, while also saving time for farmers. 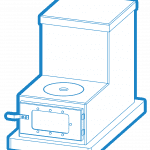 The Eco1 burns hot at 800-1000C, mixing and burning combustion gases to economize the use of wood and reduce emissions. The result is a lighter environmental footprint that could slow deforestation in the Himalayas. For more, please see himalayanrocketstove.com. 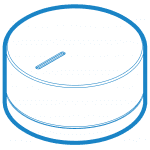 MUSE Diagnostics is attempting to update the digital stethoscope while offering it at a price comparable to that of the traditional in-the-ear analog version. The team’s TAAL stethoscope records audio and integrates with a mobile application to share the recording, visualize and analyze the data it collects. MUSE can push software updates to improve performance and battery life, and its cloud-based tools can offer diagnostic suggestions.

Besides the medical center, the device could also have a place in the classroom. Digital recordings are easy to share and discuss with students, making the device an affordable improvement on analog stethoscopes. 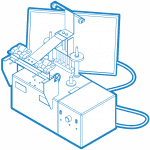 Two would-be vendors of silk products ran into supply problems with Tassar silk yarn that comes from silk cocoons that grow in forests of East India. Remarkably, the entire silk extraction process is artisanal, handled almost exclusively by women in the region who do the work by hand. Recognizing an opportunity, the Resham Sutra team created a low-powered automatic silk reeler that runs on solar power. It is the only thing in its class and has no competition, the design team says.

Manually, silk reelers can process 70 grams of yarn in a day, which is not enough to support a family. Each machine, on the other hand, can process 200 grams in a day. To date, 7000 silk reeling machines operate in rural East India. The video below shows an array of reelers with their operators sitting beside them.

The design team does not yet have web site, but they are on Twitter at @ReshamSutra. 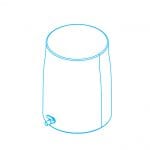 The Indian startup Chakr is developing a soot scrubber that can retrofit onto the exhaust manifold of huge diesel generators. Many of the generators that the startup is targeting are used in cities to keep mobile phone towers operating during frequent blackouts. These backup generators are among the worst polluters in the country. In 2011, Delhi’s diesel generators spewed 382 tons of carbon dioxide and 2123 tons of particulate matter into the air, one study found.

Chakr’s scrubbers capture about 70 percent of the particulate matter, trapping it in a liquid solution for safe removal and transport. Rather than simply disposing of the liquid soot, Chakr converts the waste byproduct into ink for graffiti and t-shirts, and it may have a future in industrial pigmentation. The idea has captured imaginations and proven to be a smart marketing tactic. One shirt design, for example, reads “This shirt is printed with pollution.”

Chakr has been involved with Engineering for Change since shortly after its launch in 2016. Co-founder Arpit Dhupar consulted with members of E4C to improve his pitch for the emissions control devices, then went on to win a spot as a finalist in iShow India that year.

This post is part of a three-part series that explores the power of new information technologies, in particular cryptography, to profoundly benefit humanity, creating new ways for social and economic institutions to function. Concepts presented here arose through informal research performed by the author under the guidance of Dr. Joseph Hughes, Founding Director of the Peace Engineering Program at Drexel University in Philadelphia, Pennsylvania (USA). This information also formed part...