We’re trashing our oceans and pushing sealife species to the brink of extinction with technology-driven lifestyles that have not taken the environment under due consideration. Technology has brought us here, and different technologies may stand a chance of solving some of those problems. These are ten innovations and classes of technology that are cleaning the oceans and conserving sealife. 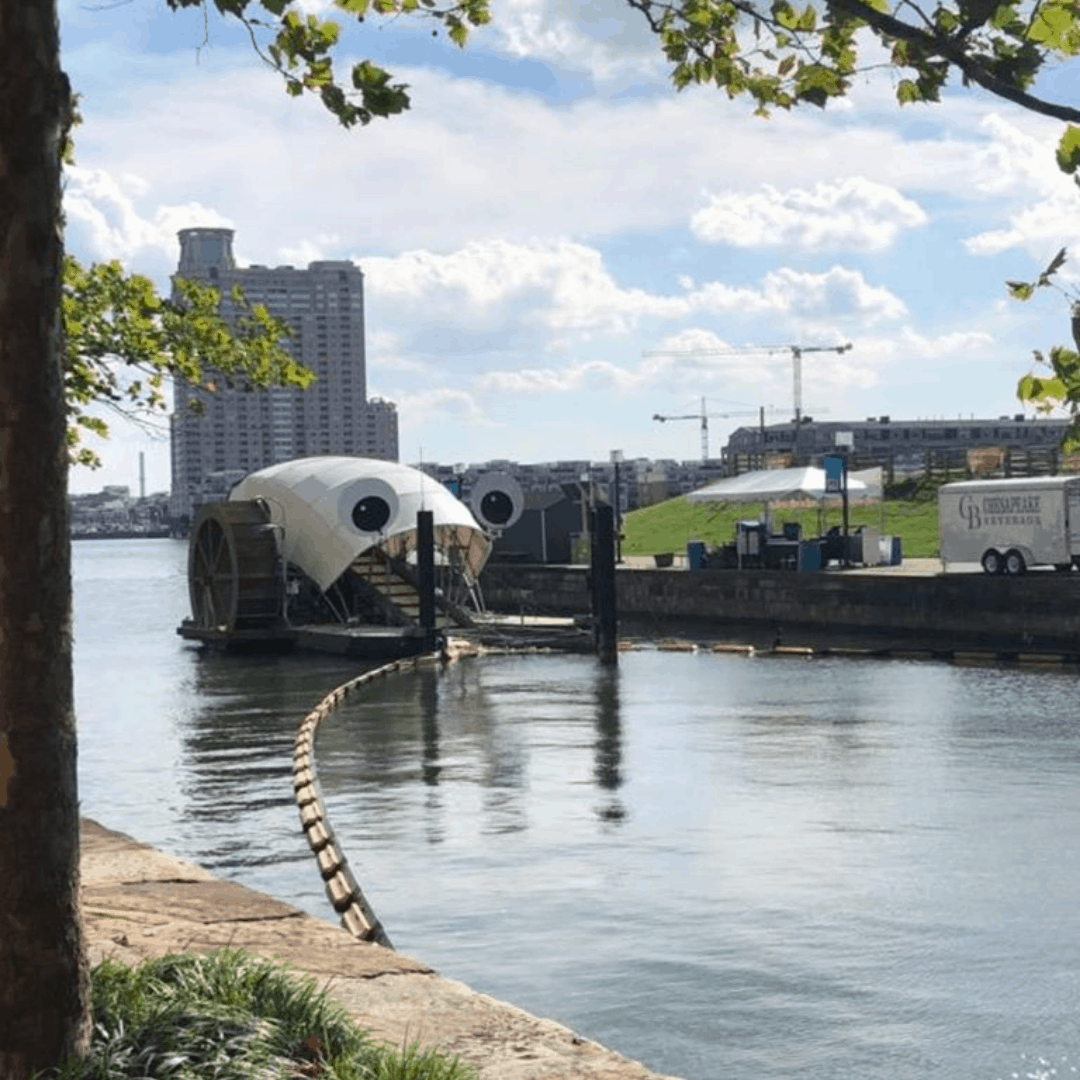 The Inner Harbor Water Wheel, better known by its nickname, Mr. Trash Wheel, rounds up trash on the Jones Falls River in Baltimore, Maryland (USA). The machine is one of a class of river cleaner-uppers called trash interceptors.

This interceptor gathers trash with containment booms that funnel debris onto a coveyor belt powered by solar panels and a 14-foot (4.3 meters) water wheel. A dumpster catches the trash at the end of the conveyor. For added green street cred, the city incinerates the trash and converts the heat into electricity. Mr. Trash Wheel opened for business in May of 2014 and has collected more than 2000 tons (1.8 million kg) of trash since then.

Why river machines should top a list of ocean clean-up technology may come as a surprise: 80 percent of marine pollution comes from land. Most of that is called “non-point source” pollution, which is anything that ends up in waterways that runoff into the ocean, according to the US National Oceanic and Atmospheric Association. 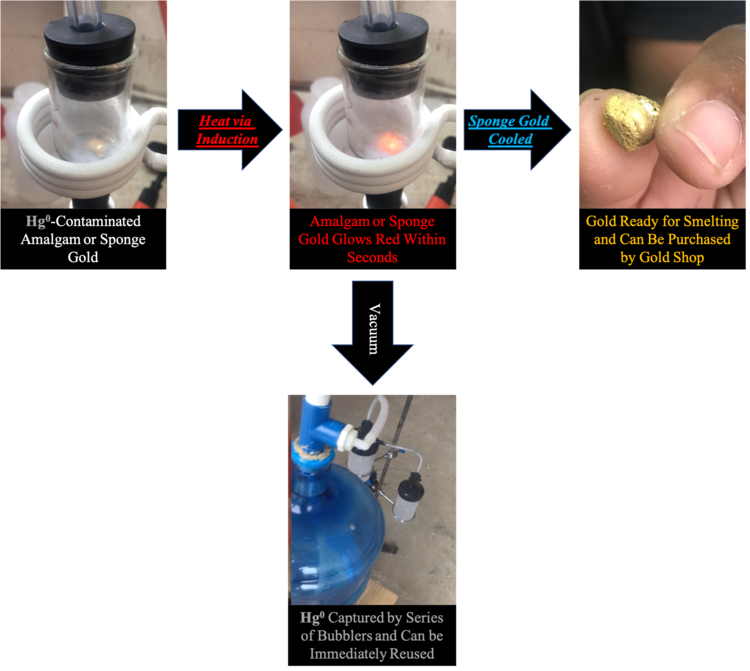 Mercury levels in surface ocean water have tripled since the Industrial Revolution as the heavy metal is dumped into waterways and the atmosphere, eventually settling in the sea. Two industrial activities, burning coal and separating gold from gold ore, both emit mercury into the atmosphere and groundwater, but gold is the biggest source of mercury pollution in the environment. Most of the industry’s mercury pollution stems from small-scale artisanal gold miners. To help them clean up their work, their homes and the oceans, Conservation X Labs and its partners are hosting a series of Artisanal Mining Grand Challenges. Upon winning a round of the challenge, promising technologies are eligible to take part in the accelerator Amazon CoLab.

The Mercury Capture System pictured is a device in development by a team at Mercer University in Macon, Georgia (USA). The team counts among the first cohort of eight teams that graduated from CoLab in April 2022. This device catches mercury before it enters the air as it is burned away in the gold refinement process.

“After countless hours in the lab and the field, our MCS is demonstrably effective. It is relatively inexpensive, easily modifiable, and most importantly it has been effective during field testing − including in gold shops,” Dr. Adam Kiefer, Professor Chemistry at Mercer University, said in a statement. Mercury Capture Systems for ASGM Gold Shops. 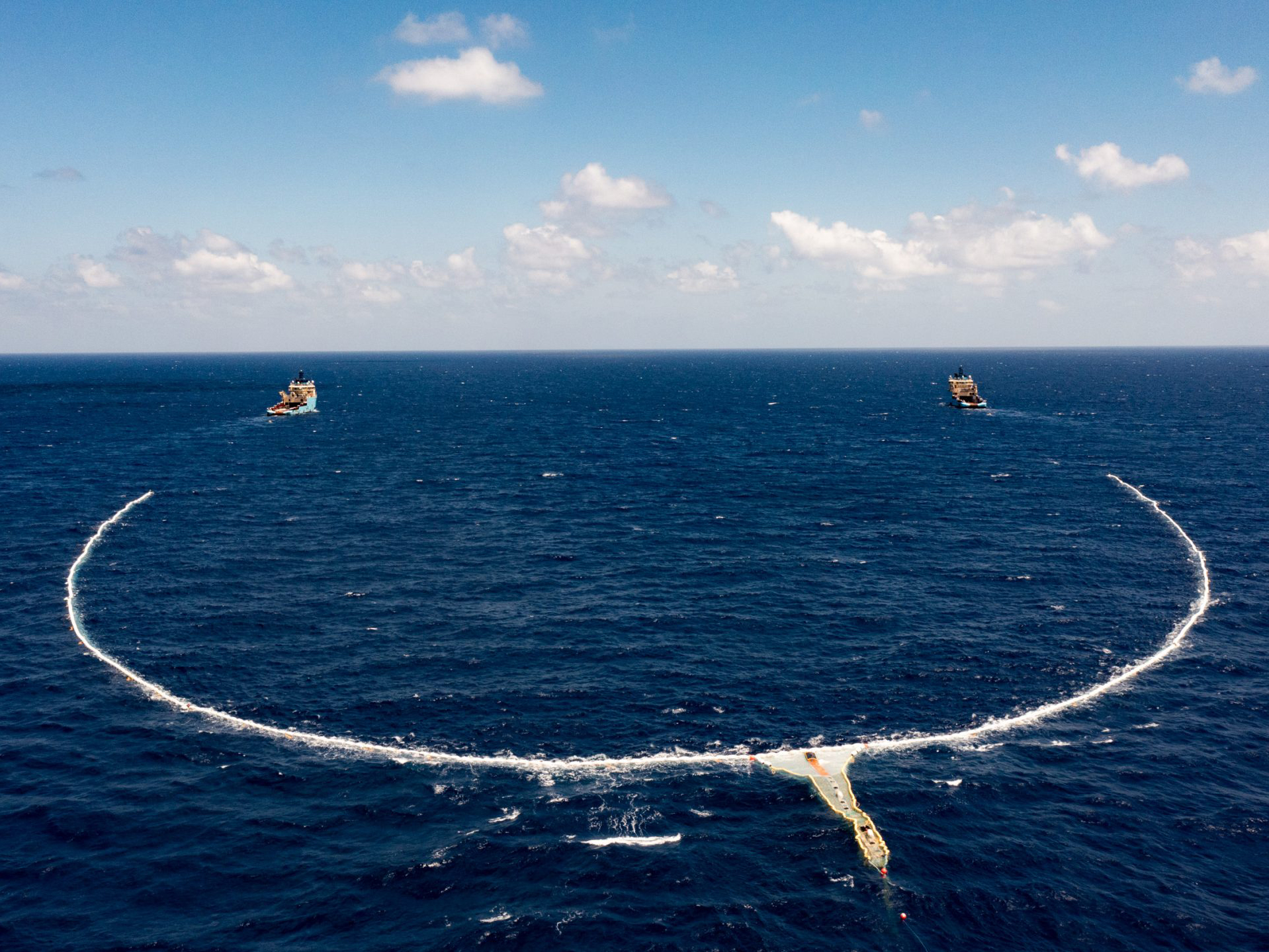 There may be more than 5 trillion pieces of plastic in the world’s oceans today, and The Ocean Cleanup has accrued nearly as many awards for its plans to collect them. The Dutch non-profit launched in 2013 with a proposal for plastic cleanup that the media adored, in part because it was devised by founder Boyan Slat, a famously young man who came up with the idea in high school. The organization reached a milestone proof of technology in October 2021 and now plans to deploy floating, U-shaped barriers that funnel trash into collectors. The effect is an “artificial coastline” that gathers garbage. We reported on the technology in 2017 and, of course, it has suffered delays in deployment. Plans to clean up the world’s oceanic garbage patches are under way. 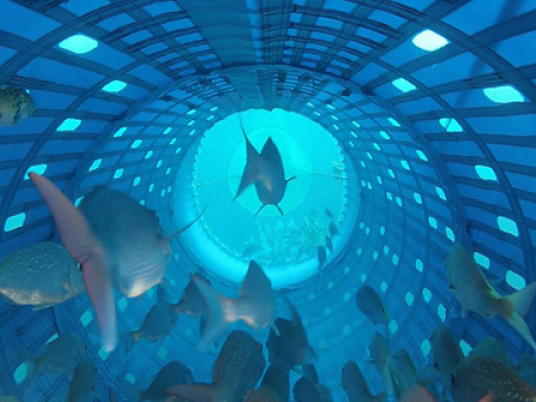 Commercial fishers throw away nearly 10 million tonnes (the kind of tonne that equals 1000 kg) of creatures that end up in their nets each year. The waste accounts for about 10 percent of the total catch, according to a study by Dr. Dirk Zeller at the University of Western Australia, Perth, WA (Australia) and colleagues, published in 2017.

Smart nets may be a new means of avoiding the waste and conserving ocean life. Precision Seafood Harvesting, a copmany out of New Zealand, is developing a net it calls a Modular Harvest System that holds fish in a low velocity flow of water. Lower than traditional mesh nets. The fish do not get quite as mangled and end up on deck in better condition to survive a release. Fishers sort the catch and release the fish they had not intended to land.

“Importantly fish that go through the specially designed ‘escapement holes’ in the MHS underwater have a better chance of survival than if they go out through traditional trawl mesh,” Greg Johansson at PSH said in a statement. 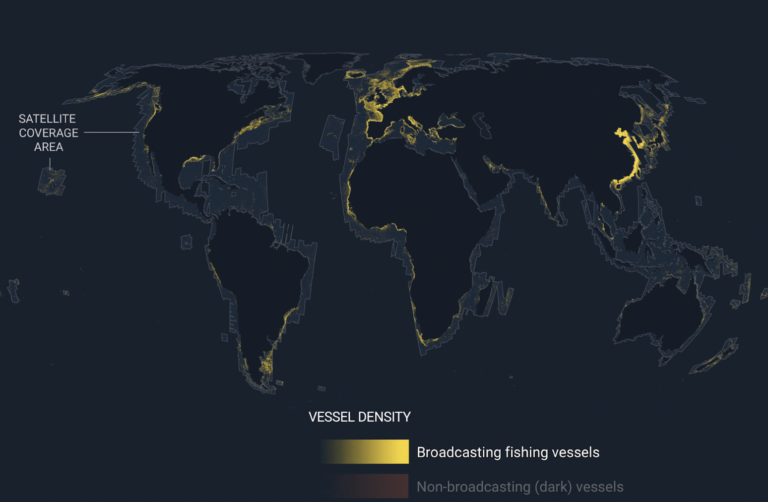 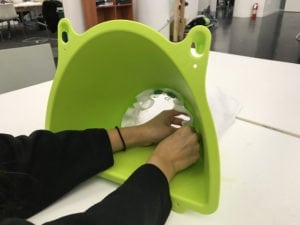 empowers citizen scientists to track and help prevent marine pollution using a simple tool called a trawl. A trawl skims the water’s surface collecting floating detritus in a net. It can be pulled from a boat or dangled over a bridge. TestingOurWaters.Net aims to design, aggregate, proliferate and inspire the creation of more citizen science trawls around the world.

The project was created in partnership with 5 Gyres and NY/NJ Baykeeper and is currently funded by the Autodesk Foundation and The New School’s Tishman Environment and Design Center.

Learn how to make a plastic trawl and record the data you gather to help track and stop marine pollution.

Ellipsis Earth crowdsources video and still images of plastic pollution. The from drones, satellites, submarines and CCTV around the world, including from its own network of more than 500 drone pilots on hand to document plastic pollution. Ellipsis processes the images, maps pollution hotspots, and broadcasts its findings with the help of governments, non-profits and academia.

Reef Design Lab is one of a growing number of organizations trying to seed coral reefs with 3D-printed substrates and artifical reefs. The lab may have deployed the world’s 3D-printed reef, a modular system off the coast of Maldives.

The project’s lead, Dr. Christopher Ruf, Professor of Climate and Space Sciences and Engineering at the University of Michigan, writes in The Conversation:

“As CYGNSS is a network of eight microsatellites that was launched in 2016 to help scientists predict hurricanes by analyzing tropical wind speeds. They measure how wind roughens the ocean’s surface – an indicator that we realized could also be used to detect and track large quantities of microplastics.”

Last and most importantly on this list, upgrading our energy generation methods from fossils to renewable fuels may have the biggest impact on sealife and ocean health. By now we all know dirty energy is the number one cause of global warming.

Hotter water is killing coral in mass bleaching events worldwide. Hot water and the air it heats above its surface create superstorms that destroy coastal marine habitats. And the rising heat is decreasing the water’s capacity to dissolve oxygen, while rising atmospheric carbon dioxide dissolves in the oceans and increases their Ph levels. The result is an oxygen-poor, acidic mixture that is hostile to sealife that has adapted to more hospitable waters.

George Chege is bringing Kenyan chicken farms into the digital age, deploying sensors, heat bulbs and SMS to streamline operations. Kenyan poultry farmers have traditionally heated their chick brooders with charcoal-burning jikos. The heaters may be ceramic pots perforated to allow the heat to escape. Or, in a pinch, a cylinder of sheet metal. Chicks thrive in a specific temperature range. In their first week, chicks need an ambient temperature...