Finished! A construction manual for an open-source, low-cost screw-cutting lathe 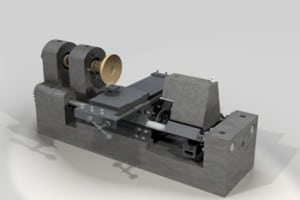 This is one of Tyler Disney’s renderings of the concrete lathe.

The duo behind the Yeoman’s concrete lathe for the 21st century has completed an illustrated construction guide (pdf). Pat Delany, an early-comer to E4C, championed this technology as a low-cost tool built from cement and scrap metal to equip machine shops for a fraction of the price of commercial lathes. Mr. Delany teamed with another E4C member, Tyler Disney, who lent his drafting expertise to the project. The two of them have produced this essential manual, and we’re proud to have been a part of the process.

The history and future of the machine shop

Followers of E4C news might have followed our updates of the lathe’s progress. This is our description:

In the fall of 1917, the United States had declared war on Germany and found its factories better suited for Model T’s than howitzers. The country needed to rev its production engines to make ordnance as quickly as possible. Gun boring and shell shaping, however, required precise, hand- made iron lathes fashioned by journeymen metal workers. Creating the machines needed to create the war machines would take months. Then, an inventor named Lucien Yeomans patented a method for building lathes designed for specific tasks using concrete, pre-fabricated metal and jigs to precisely place the parts. The process eliminated the need for highly skilled handwork, reduced production time by months and costs by so much that the new machines were considered disposable. According to Shannon DeWolfe, Yeoman’s biographer, that lathe was instrumental in the Allies’ success in the war. But the design has fallen into the cracks of history and is no longer in use.

Now, Pat Delany, inventor of the Multimachine, is working to revive Yeomans’ technology and put it to more peaceful use in developing countries. This time, though, there are no patents. The design is public, using online collaboration tools and open-source software. Delany’s team is nearing completion of a construction manual for a Yeomans-inspired screw-cutting lathe built with concrete and scrap metal. The goals are two-fold: affordability and precision. And the hope is that these lathes will soon churn out parts for tools and machines, including complex parts such as those that compose engines, pumps, and even other lathes. 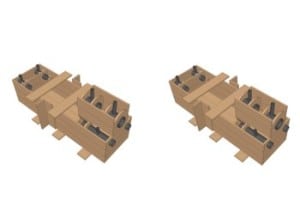 From the construction guide

This is the concise explanation of the lathe from the new construction guide itself.
The Multimachine Open Source lathe project

Impact.Engineered Made Tough Decisions in Tech and Social Impact Awards

Imagine trying to choose the winners of social impact and technological ingenuity awards from among multinational conglomerates with social responsibility budgets that dwarf the entire revenues of smaller companies. Or choosing from among little-known startups built around deeply creative technologies, like, for example, a digital platform that lowers bills farmers, or wearable indoor air-quality sensors. The judges at Impact.Engineered faced tough choices. From organizations that have worked for many years...