Editor’s note: The French utility ENGIE announced that it bought Mobisol shortly after publication of this article. The acquisition more than doubles ENGIE’s customer base in Africa. See the firm’s press release for details (although no financial information is offered).

Mobisol’s announcement that it had entered insolvency proceedings led some in the rural energy sector to reflect on their industry’s own health. Mobisol is one of the stars of the sector of for-profit enterprises that deliver electricity to rural and impoverished communities in the world’s emerging economies. The company announced in April that it was filing for insolvency in Germany where it is based. Now that nerves have settled, analyses of the upset suggest that many of Mobisol’s problems were internal, not a reflection of the industry as a whole. The company has been ambitious as it pioneered an industry, and pitfalls have always been a possibility. But the rural energy and pay-as-you-go industry may yet be able to learn from Mobisol’s hard-earned lessons.

One lesson may be that expectations for profit have been too high. Whether unrealistic expectations come from investors or the management of the ventures themselves (or both), however, may be in dispute. Another lesson is that private ventures may not be able to deliver universal or even near-universal energy access alone. The companies need subsidies, grants or some combination of resources from governments, non-governmental organizations or both.

Interviews with industry insiders and two people close to Mobisol have suggested explanations for the company’s insolvency. Some are particular to Mobisol, and some have implications for the sector at large. 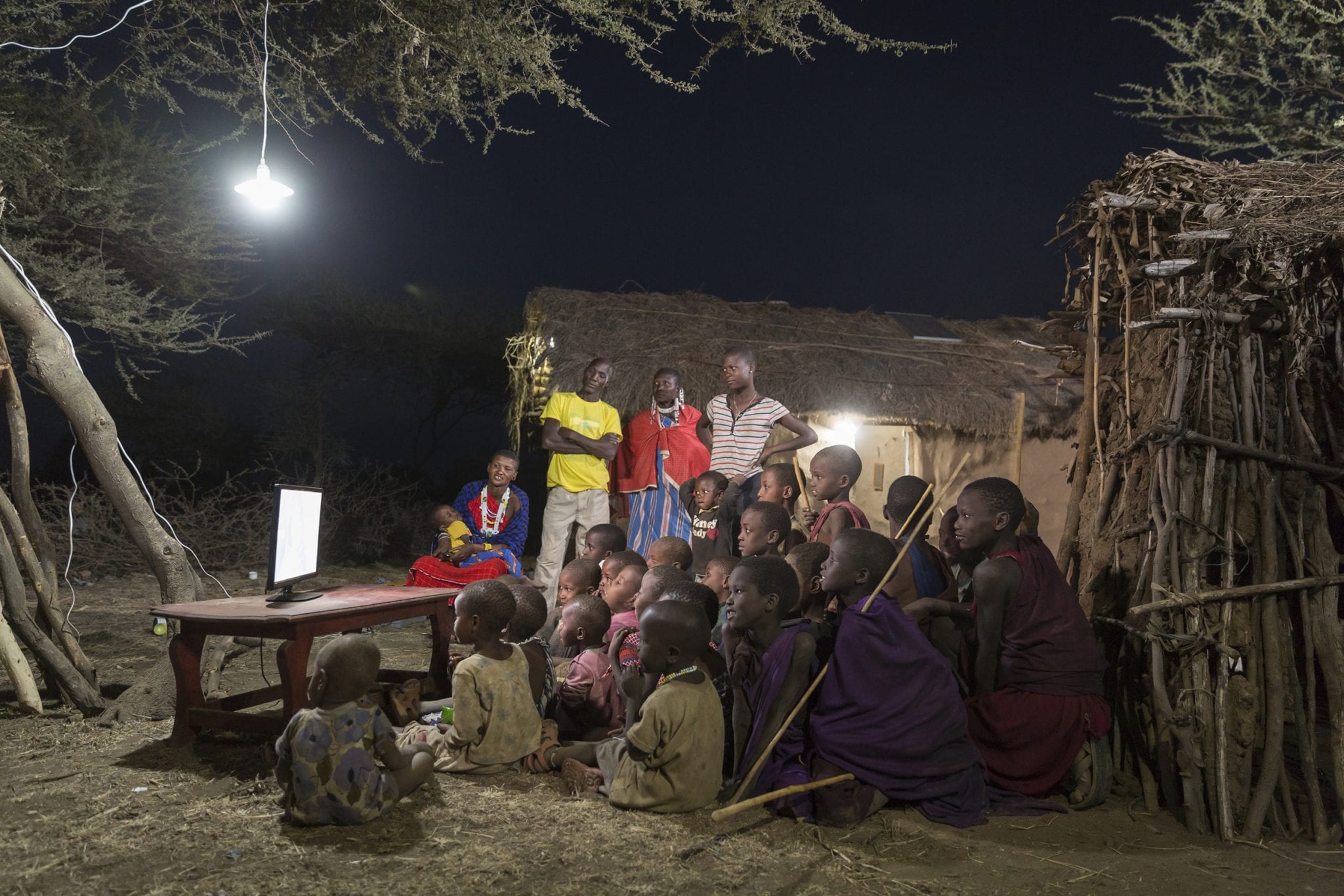 Residents in a Maasai village in Kenya watch a movie on a television that draws electricity from Mobisol’s solar power generators. Photo courtesy of Mobisol

Before its insolvency, Mobisol was a success story. And it may yet be. The company has shined in both the volume it has delivered and capital raised. Since 2013, the Berlin-based company has delivered solar electricity to 600,000 people in rural Africa. It did the work using capital from a long list of private investors, some of the more prominent of which include Finnfund, Investec Asset Management (Africa Private Equity), FMO, and IFC.

Then, the company was not able to meet its estimates for profits generated from customers. The decision to start insolvency proceedings may have been catalyzed, but not caused, by factors that are particular to Mobisol.

“If Mobisol was not a German company, it may not have taken the extreme measure of signing up for an insolvency proceeding. But German law is quite strict,” says Klaus Maier, former head of Partnerships and Expansion at Mobisol, who left shortly after the insolvency proceedings began.

The company raised most of its capital in 2015, then began to suffer setbacks outside of its control. 2017 and 2018 were tough years for rural solar companies in Sub-Saharan Africa. Drought and politics dragged down sales. Kenya, one of the Mobisol’s biggest markets, engaged in a dramatic and prolonged presidential election in 2017, holding a second election months after the country’s Supreme Court overturned the results of the first. Political unrest and high cost of food bumped up by drought may have combined to squash interest in long-term investment such as solar home systems. On the other hand, those kinds of speed bumps should be a part of a sustainable company’s business plans. And that is where Mobisol may have slipped, Mr. Maier says.

“We took out serious money and we expected a lot from ourselves and from our growth. It was very hard to reach. It was probably a bit too much. Too bold,” Mr. Maier says.

There is another perspective on the role of expectation in the failure of social enterprise, however. It may be that impact investors, from whom Mobisol raised its capital, expect too much from their investments.

“Mobisol is one of a number of companies that have got caught by unrealistic expectations in the impact investment space, and people trying to act in the impact investment space like they do in regular investment,” says Mitra Ardron, who sold his pay-as-you-go solar electricity metering startup, Lumeter, to Mobisol in 2017. He now leads Internet Archive’s decentralized web project. Mr. Ardron describes an investment environment in which social startups, especially rural energy companies, are forced to accept fixed-term vehicles and other financing with crushing terms from a limited pool of investors.

“It’s very hard, if not impossible, to sell technology that solves world problems because of how broken the impact investment space is.”

Mobisol’s struggle, in other words, may be a symptom of the culture of impact investment. Unlike patterns found in traditional investment, impact investors go after shiny things and fail to provide growth money, Mr. Ardron says.

“It’s very hard, if not impossible, to sell technology that solves world problems because of how broken the impact investment space is,” Mr. Ardron says. And impact investors are not aware of the problem because they will not hear honest opinions from entrepreneurs seeking their money, Mr. Ardron says.

Of course, not everyone agrees.

“It’s not just pressure for profitability that led to Mobisol’s insolvency, I can say that with good confidence,” says an insider in impact investment in rural energy who wished to remain anonymous for this article. Pressure might be a piece of the puzzle, but not the central theme, this person says.

Mobisol pioneered a sector. Under those conditions, long-term sustainability is a matter of operational excellence.

Instead, similar to Mr. Maier’s assessment, Mobisol may have buckled under its own ambitions, the industry insider suggests. The company pioneered a sector and wound up operating a vertically integrated solar home system business that amounted to five or more types of enterprises in one. Those include manufacture, distribution, after sales service, financing and credit. Under those conditions, long-term sustainability is a matter of operational excellence, this person says. 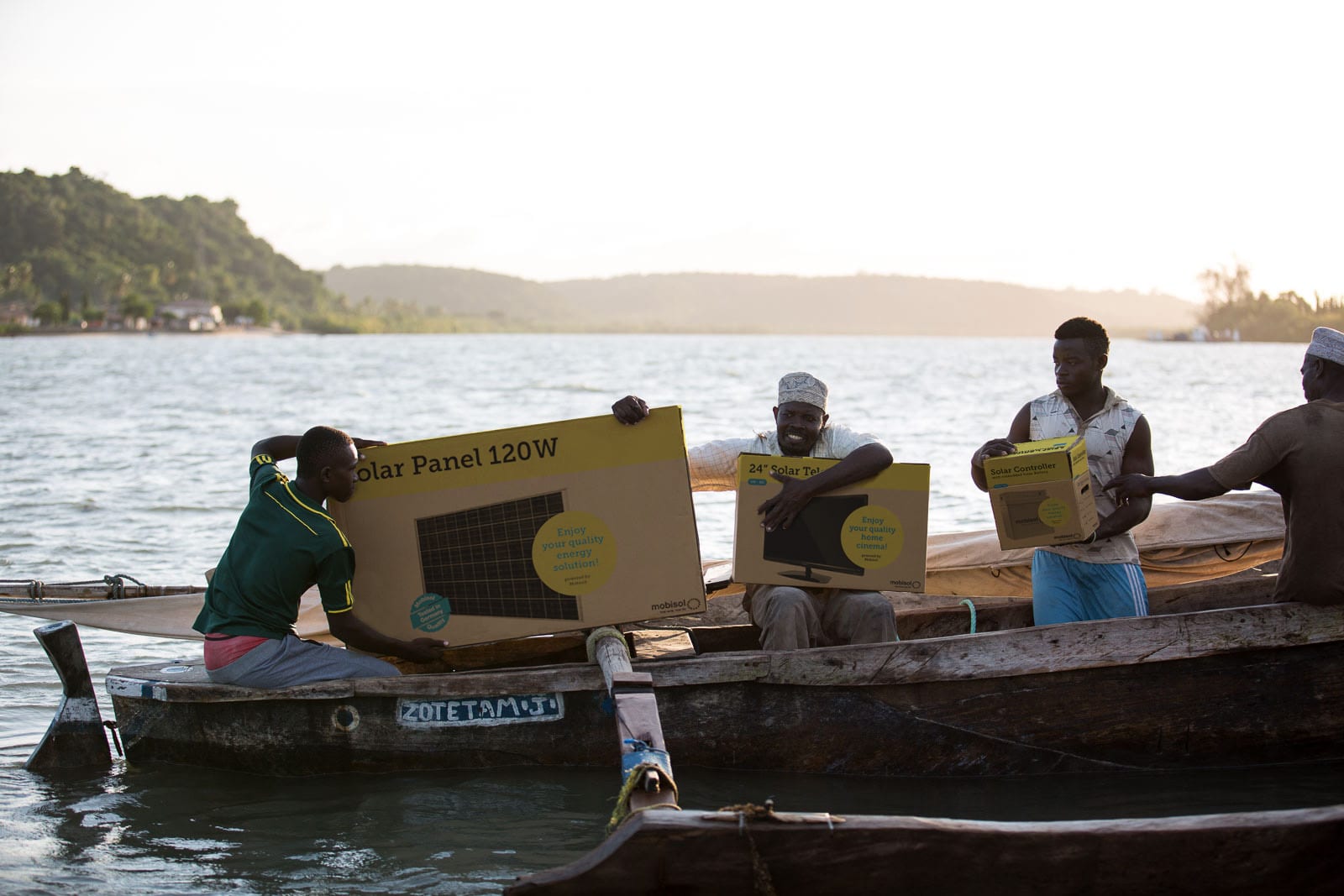 Private enterprise alone is not up to the task

Though they arrive at the conclusion along different paths, both Mr. Maier and Mr. Ardron argue that energy access for the world’s poorest people may require greater resources than those available to private enterprise.

Electrification for everyone is a government task that needs subsidization. Everywhere in the world.

“When we started, we believed that we didn’t need NGOs, governments or anything not private. I still believe you should be able to do it on your own, but electrification for everyone is a government task that needs subsidization. Everywhere in the world, Germany as well. We hoped and believed we could do it without subsidies and that was a mistake. I think the whole sector was making that mistake. Private investment is the right thing to do, but maybe it is also right to coordinate with public sector institutions,” Mr. Maier says.

Mobisol should have requested public money shortly after its launch, but it didn’t, Mr. Maier says.

The case can also be made by looking at default rates. The pay-as-you-go solar home energy sector is doing well, Mr. Ardron says, because you can run a successful business that has a low, 5 percent rate of defaults on payments. That rate is only possible, however, if the business cherry-picks richer customers.

To reach almost everybody, a business might have to accept a default rate of up to 20 percent. That may yet be viable for a business. Although Mr. Ardron did not say so, however, public money as a subsidy might make that default rate more palatable to a private enterprise.

What’s next for Mobisol? And the sector at large?

Prevailing opinion suggests that Mobisol’s insolvency is the result of internal decisions and a run of bad luck. None of that implies gloom for the sector at large. Depending on perspective, either investors or companies may have to lower their expectations for turning a profit. But government subsidies may be able to compensate.

Our slogan was ‘plugging in the world.’ Many of us that were there from the beginning actually believed that. And we still do.

In the course of his rumination on his former company, Mr. Maier said something that inspires hope in the company, and in the rural energy sector in general.

“We always had ambitious targets from the start. Our slogan was ‘plugging in the world.’ Many of us that were there from the beginning actually believed that. And we still do,” Mr. Maier says.

He added that the company will bounce back, and that we can expect to hear good news in the near future. 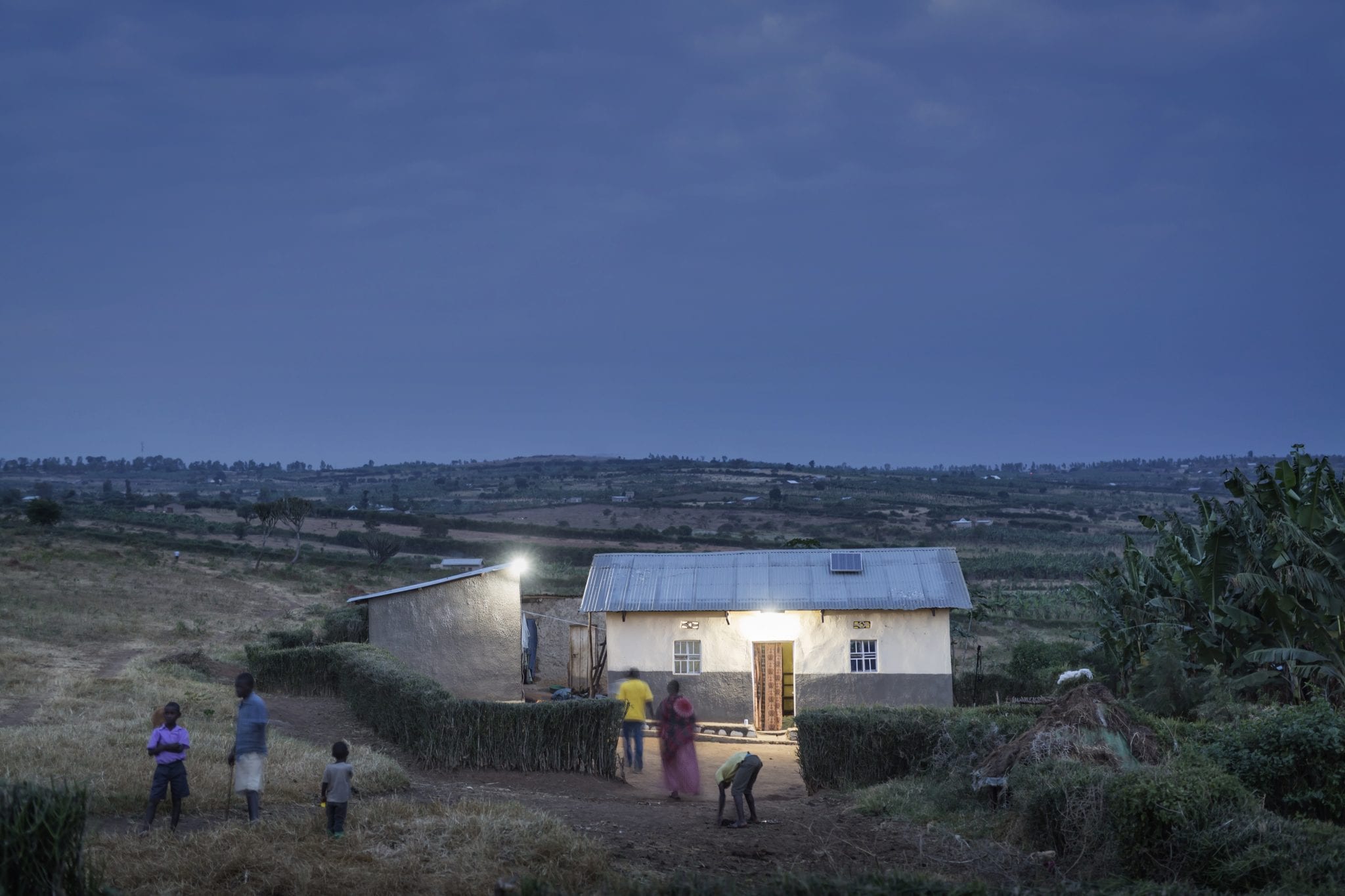 Ashok Gadgil’s name is attached to huge, and hugely influential projects in the developing world. He deals in big numbers. Five million people in six countries drink water that his UV Waterworks disinfects. Twenty-thousand people cook with his fuel-efficient stoves in Darfur. And more than 100 million people in developing countries use compact fluorescent lamps as a part of Gadgil’s program for utility-sponsored energy efficiency. (This info-graphic sums up his innovations.) “It...