There are a few things that everyone must experience in Lebanon’s capital city of Beirut: the delicious food, the wonderful weather, and the horrendous traffic. On average, Lebanese spend three hours a day on the roads while they are commuting across the city. This equates to more than 16 percent of an individual’s supposed “productive time.” Economists estimate that the poor traffic in Beirut costs the country $2 billion each year, close to  4 percent of Lebanon’s GDP.

Emerging as a challenge at the end of the civil war in 1990, the city’s traffic problems have grown into a chronic problem. Commuters regularly come to a standstill. The causes are the deteriorating condition of the city’s roads, which are among the worst in the world; a steadily increasing number of personal vehicles, which grew at an average yearly rate of 13 percent between 2007 and 2016; and a largely absent public transportation system. Congestion and the resulting delays have not gone unnoticed. Both the Lebanese government and the industrious private sector of Beirut have gotten to work to create solutions big and small. On the largest end of the spectrum, the government is crafting an urban masterplan. On the smallest, startups are developing smartphone applications. 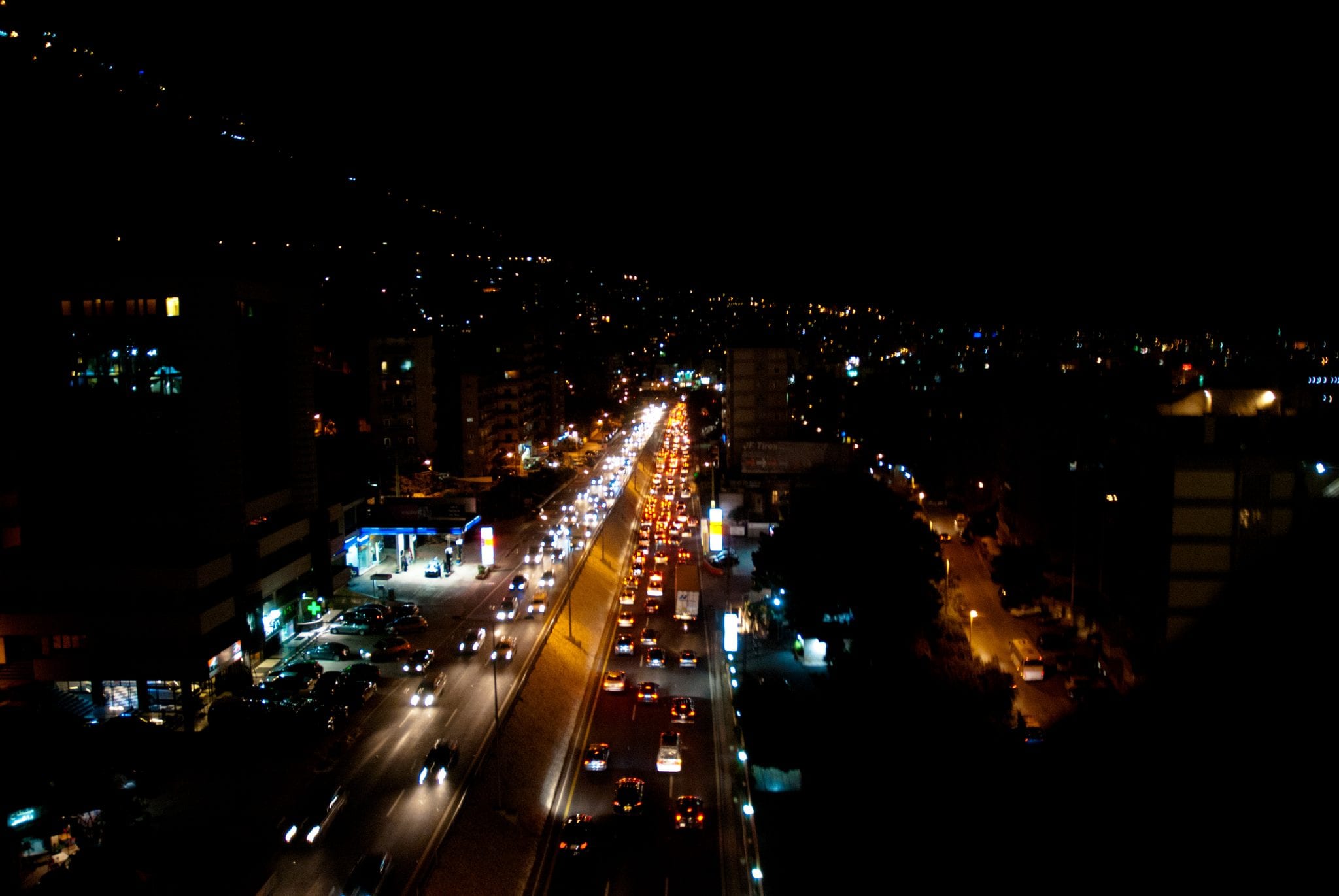 This photo of traffic in Beirut was taken from a gondola in the Teleferique aerial cableway. Photo: Magnus Halsnes (CC BY-NC 2.0)

Over the past five years, numerous proposals have been presented and incorporated into an extensive masterplan, now referred to as the Master Plan of the Ministry of Public Works and Transport. The effort has been hailed as a transformative vision for the city. The plan’s short-term goals include a rail transportation plan, a restructuring and revitalization of the city’s public busing system, and improvements of pedestrian infrastructure. Longer-term plans call for the deployment of a new bus rapid transit (BRT) on Beirut’s north and south gates, a mass transit system covering the entire country, and a restructuring of freight transport infrastructure. Although the Master Plan from the Ministry sounds promising in its ambition, the plan is not economically viable, at least in the near future, and it has been projected upon a landscape of social and political challenge.

There are several obstacles halting the government’s implementation of the plan. Among them are institutional corruption, cycles of political tension and social unrest, focus on other urgent issues, not least of which include a garbage crisis and the Syrian refugee crisis. Few private companies are trying to tackle this issue due to an absence of government support. These conditions make the prospect of following through on such a grand, ambitious, coordinated vision of the new Master Plan look like a congested highway with little movement.

In spite of these challenges at the largest scales of government, the constant delays caused by Beirut’s traffic problems have not prevented numerous Lebanese entrepreneurs from crafting small, yet incrementally impactful solutions. These are few with potential to ease Beirut’s traffic. Most are listed in our Solutions Library of products and services that meet basic needs in underserved communities. 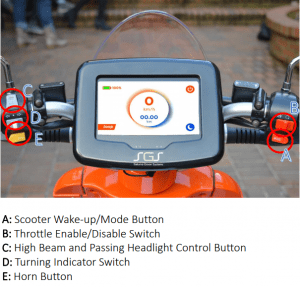 Not only are Loop scooters fun, electric, and easy to use (even for an unlicensed rider), but they have the potential to reduce traffic in urban centers due to their small profile and maneuverability. Scooter share apps have emerged in a number of cities around the world in recent years, though Loop’s emergence in Beirut presents not only a solution that can help with the city’s traffic problems, but is evidence of an urban economy that is still nimble and innovative. 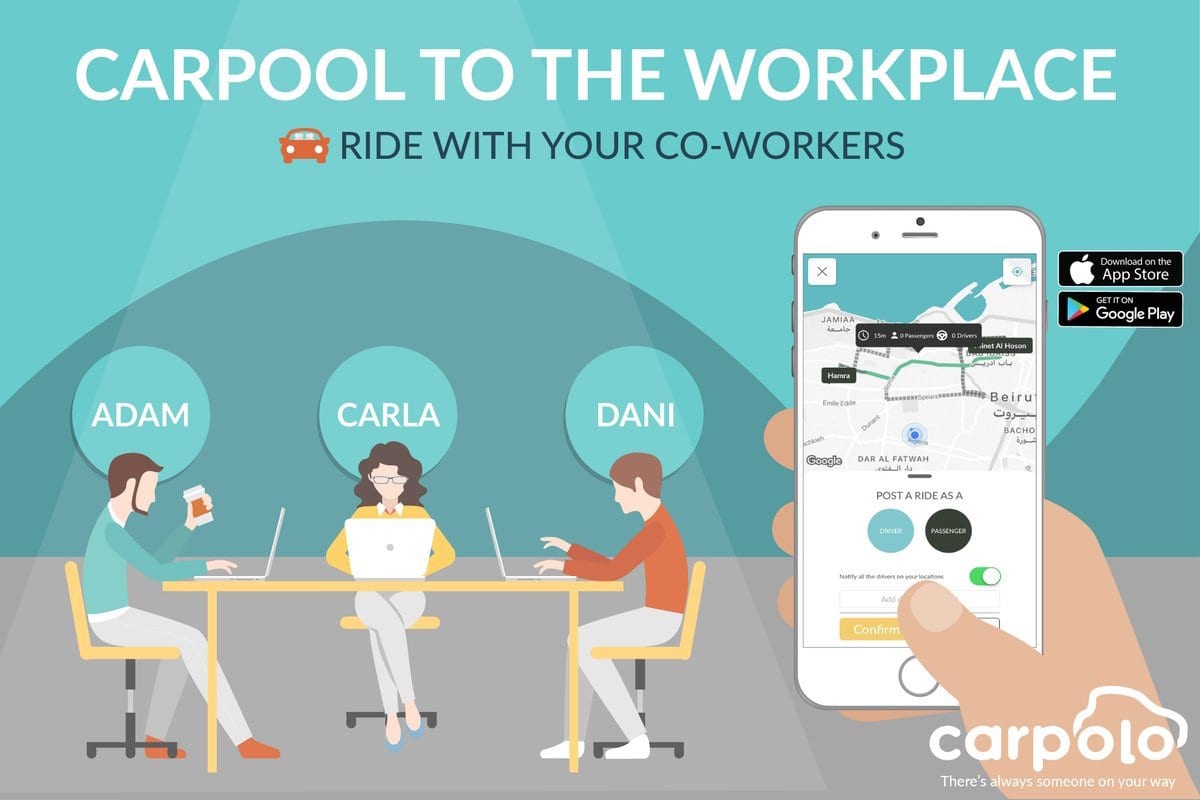 Acknowledging that while time in traffic is also money, the team at Carpolo has developed a completely free carpooling solution. Carpooling is a simple, logical way to reduce traffic congestion. The application matches users together – rider and driver – who are along the same route. Acknowledging the social challenges that are unique to Beirut, Carpolo provides a rating system that helps riders feel comfortable with their paired carpool companion.

While many bike share applications have become popular around the world over the past decade, Bike-4-All presents a particularly unique solution for traffic challenges in Beirut: it is being deployed in coordination between Beirut by Bike, which is a private company, and the Beirut Municipality, the public authority.  This solution presents a coordinated effort that bridges the gap between public and private innovation, and illustrates that with scale of challenge requires  endorsement and coordination. 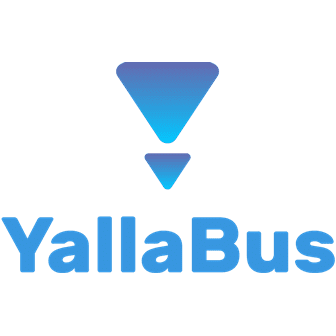 Still in its early phases of development, YallaBus seeks to assist the daily traveler navigate the complex network of Beirut’s public transportation. Started by two young entrepreneurs, the app not only incorporates concerns for a travelers safety, but has the potential to incorporate new data and infrastructure development projects from the city’s Master Plan.

These emerging solutions from the private sector show great potential towards helping to mitigate the challenges presented by traffic congestion in Beirut.  When held up against the grand visions of the Master Plan by the Ministry of Public Works however, it becomes clear that these solutions – from the largest of scales to the smallest – must collaborate and coordinate in order to mitigate the traffic congestion that plagues Beirut. YallaBus will not create impact without functioning buses and well-maintained roads. Similarly, the grand vision of the city’s Master Plan will never be realized if citizens do not consider alternative modes of transportation like Bike-4-All, Carpolo, or Loop, thus reducing the number of cars on the city’s streets.

What would it take to design a cost-effective electric vehicle for emerging markets? This question was raised in the InnoFrugal conference in Helsinki, Finland, an annual gathering organized by The Nordic Frugal Innovation Society. An expert particularly suited to address the topic posed the question; Dr. Steve Simplay, CTO of a Chinese electric vehicle startup and former head of automotive strategy at Tata Technologies, the company that has staked its...