A proposed desalination plant that runs off of wave-generated electricity.

The UN estimates a world population of more than 9 billion by the year 2050. That may sound like impending doom to some, but we’re optimistic about our chances in that new world. With the right mix of good ideas, good policies and high and low technologies, we think that, collectively, we can find solutions to population growth and build our way to sustainability as the planet gets more crowded. To live comfortably, we will need smarter farming, construction, healthcare and planning. This isn’t everything that we’ll need, but these are 10 technologies that can help us manage a crowding world. 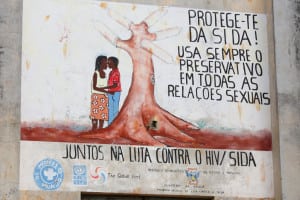 This sign in São Tomé and Príncipe reads, “Protect yourself against HIV. Always use a condom in all sexual relations.” Photo by mp3ief / Flickr

Condoms as birth control and protection against disease will be more important than ever with more people on the planet. Their role in birth control, especially, will make a difference. The easiest way to guarantee enough resources for all of us will be to reduce our ranks. Now, 750 million people use condoms, according to the Gates Foundation, and that number should rise. In March, the foundation announced new grants for plans to improve the condom, to make it more enjoyable to use and to entice people to use them.
Grand Global Challenge: Develop the next generation of condom 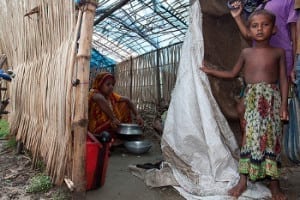 An emergency shelter in Bangladesh. Photo by Stephen Ryan/IFRC

More people than ever are living in disaster-prone areas worldwide and those numbers will increase as the population grows. Good disaster action plans and smart construction can save lives and money. Growing communities should know the risks in their areas and build accordingly. These resources can help.
*How a developing country can defend against tsunamis
*Earthquake-resistant design in Haiti is closer than you think
*Beyond the Band-Aid: Building Sustainability into Emergency Response Efforts
*Ten great emergency shelter designs 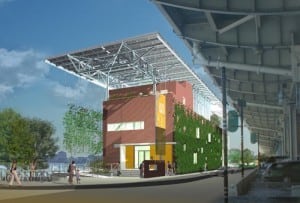 Solar One’s new headquarters in New Yorkwill be a net-zero energy consumer and look a lot like this architect’s rendering. It will feature green tech like PV panels and a garden wall for shade. Photo couresy of Kiss + Cathcart, Architects

To use resources more frugally as the world becomes crowded, we’ll need buildings that move air and regulate their temperatures passively and that reuse waste water and even generate their own power. Those improvements don’t need to be expensive, either. Building with compressed-earth blocks and other temperature-regulating materials is low-cost and it will make a difference. Housing materials and design will be essential solutions to population growth.
*How to build a two-room compressed-earth-block home
*Five questions with Jim Hallock: The earthen construction expert tells us why CEBs are better
*Bjarke Ingels: Three warp-speed architecture tales. The architect shows how crowded urban living can still be a pleasure 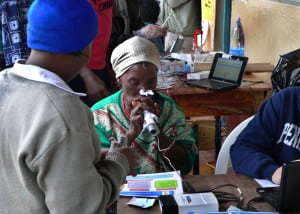 Telemedicine is the emerging field of healthcare using cheap communications via the Internet and SMS to allow experts to gather data and diagnose patients remotely without seeing them in person. Technology in this field usually hinges on mobile phones and devices that attach to their cameras, such as microscopes, or otherwise link to the phone to take measurements and send the data to experts who can analyze it. That kind of care is lowering costs in developing countries now and it could become more important as populations rise.
*Remedi Remote Medical Diagnosis
*Chubby Cheeks: Telemedicine for rural East Africans
*Providing telemedicine to Peru’s medical outposts
*Ultrasound is now on smartphones 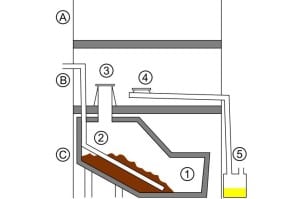 Reusing our waste will be increasingly important in the new world of 9 billion people. The search for the next thing in toilets is on, but existing toilet designs should take a leading role in sanitation in the future. Composting toilets are a double-pronged solution: They improve hygiene and reduce the spread of diarrheal disease, and they can fertilize crops.
*High-tech toilets? What we need is a low-tech toilet revolution
*Five questions with Sasha Kramer: The ecological sanitation expert and director of SOIL in Haiti talks about poop.
*Urine is fertilizing crops and saving money in India
*Ten ways to put human waste to use 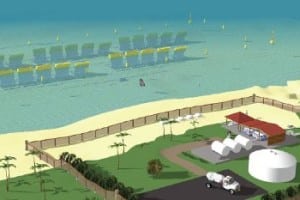 This artists’ rendering of a wave-powered desalination plant shows the energy-converting paddles submerged offshore supplying power to the nearby plant. This image appeared in Eshwan Ramudu’s presentation at IEEE’s Global Humanitarian Technology Conference in 2011.

Worldwide, nearly 800 million people lack access to safe drinking water today. As the population increases, we will need more fresh water for farming and drinking than ever before. To make sure everybody can drink enough, desalination may become much more important.
Here are a few ideas for removing salt and other impurities from water.
*Wave-powered desalinators could ease the water crisis
*Hot solar cells are the cool way to water and power 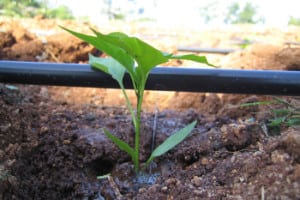 Irrigating a farm can double the amount of food it produces. In spite of that potential only 20 percent of farmland worldwide is irrigated, says the UN Food and Agriculture Organization. To feed a growing population without plowing over all of the world’s natural areas, we will need better irrigation. Drip irrigation conserves water and energy. Combined with low-cost pumps, it can be affordable for impoverished farmers.
*Ten low-tech ways to irrigate crops
*Is a low-priced solar irrigation pump on the horizon?
*Manual, treadle and other low-cost irrigation pumps / E4C’s Solutions LibraryManual, treadle and other low-cost irrigation pumps / E4C’s Solutions Library 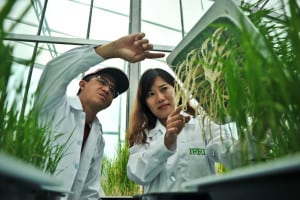 New seeds and improved seeds can improve farmers’ yields, meet our growing demand for calories and nutrition, and protect crops against pests, floods and droughts. To introduce new seeds, we could mine plant gene banks.

To that idea we can add research that is underway now producing improved seeds. In three examples, the International Rice Research Institute has developed salt-tolerant rice and drought-resistant rice, and BioCassava Plus is working on a more nutritious cassava for sub-Saharan Africa. 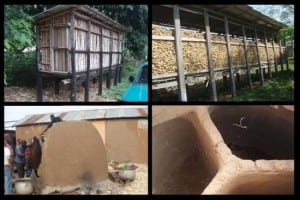 Increasing crop production doesn’t make sense unless we can stem the huge loss of food after the harvest, says Sam McNeill, an agricultural engineering associate professor at the University of Kentucky. Post-harvest losses to rot and pests range from 10 to 40 percent, McNeill says. He and his colleagues have developed improved grain storage facilities, each tailored to the regions where they serve. Storage will be one of the often-overlooked solutions to population growth.

In the picture at the left, for example, the mud silos in the bottom row store dried maize well in dry climates and can prevent loss to insects and theft better than the bins in the upper row. 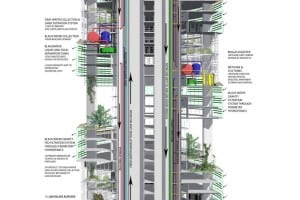 As the world needs more food in the coming decades, cities might need to grow more of their own. That can be a good thing if urban farming creates green spaces in cities. Two ideas have emerged for high-powered urban farming: Vertical farms and rooftop farms.
Vertical farms are hydroponic farms inside multi-storied buildings, a concept championed by Dickson Despommier, an environmental health professor at Columbia University.
Rooftop farms have already gained popularity on some apartment buildings in cities around the world. Taking the idea a step further, Natalie Jeremijenko, an environmental health professor at New York University has designed farming pods for rooftops. The pods integrate with the housing below to improve indoor air quality, treat waste water and regulate temperatures.
*How to build a vertical aquaponics system

Larry Bentley and F. Andrew Dowdy are trying to solve the problem of refrigeration for off-grid communities in developing countries. With distinguished careers, an impressive array of projects, and close to a century’s worth of combined experience in engineering and humanitarian work behind them, they’re looking for some out-of-the-icebox thinking on refrigeration. Issuing Engineers Without Borders USA’s first international Challenge competition, “The Chill Challenge,” they’re open to working with just...