Recycling on Tricycles in Lagos: Five Questions with Bilikiss Adebiyi-Abiola

Like many major cities in the throes of economic development, Lagos has a trash collection problem. But with a population estimated at more than 20 million people, the capital of Nigeria’s waste reaches a proportion rarely seen in the world. All that trash in one place presents a business opportunity.

Bilikiss Adebiyi-Abiola is capitalizing on the problem with a recycling business. Wecyclers shuttles reciclable materials from homes to processing centers on a fleet of tricycles. The social business pays people for collecting waste in their communities, sending them points via text messages. Points can be exchanged for air time on phones, food, household appliances such as sewing machines, TVs and toasters, and also for cash. 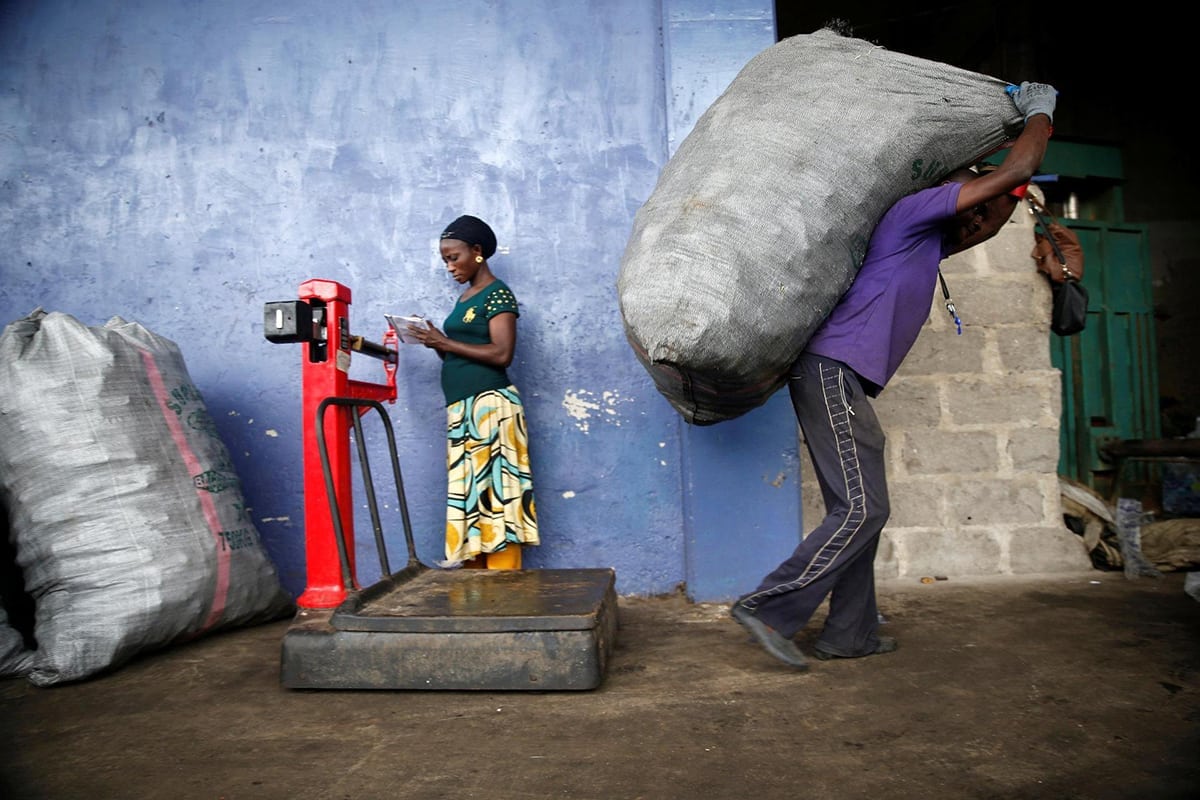 Wecyclers bales the paper and crushes the cans to sell the sorted, packaged materials to recycling facilities.  Officials took notice. Wecyclers now works with the government of Lagos to scale up its service model to cover more of the city and even to branch out to other urban centers.

E4C: What prompted the idea for WeCyclers?

It was started four years ago while I was at MIT. I took a class in development ventures and learned about people that live at the base of the pyramid and earn less than $2 per day. One of their biggest issues is waste management, being able to just dispose of their trash in a way that communities are clean and people don’t get sick. So, being from Lagos and seeing that Nigeria has such a large proportion of people that live in this particular demographic, I felt compelled to do something about that.

I joined a group of classmates discussing and exchanging ideas. We reached out to the Lagos city government. That was how we started.

E4C: What has been the impact so far?

We’ve collected over 2000 tons of trash from the communities that we are operating in. We’ve created close to 100 jobs and we’ve been able to fund about $75,000 in incentives. So, for people that clean and recycle, we’ve paid out about $75,000. 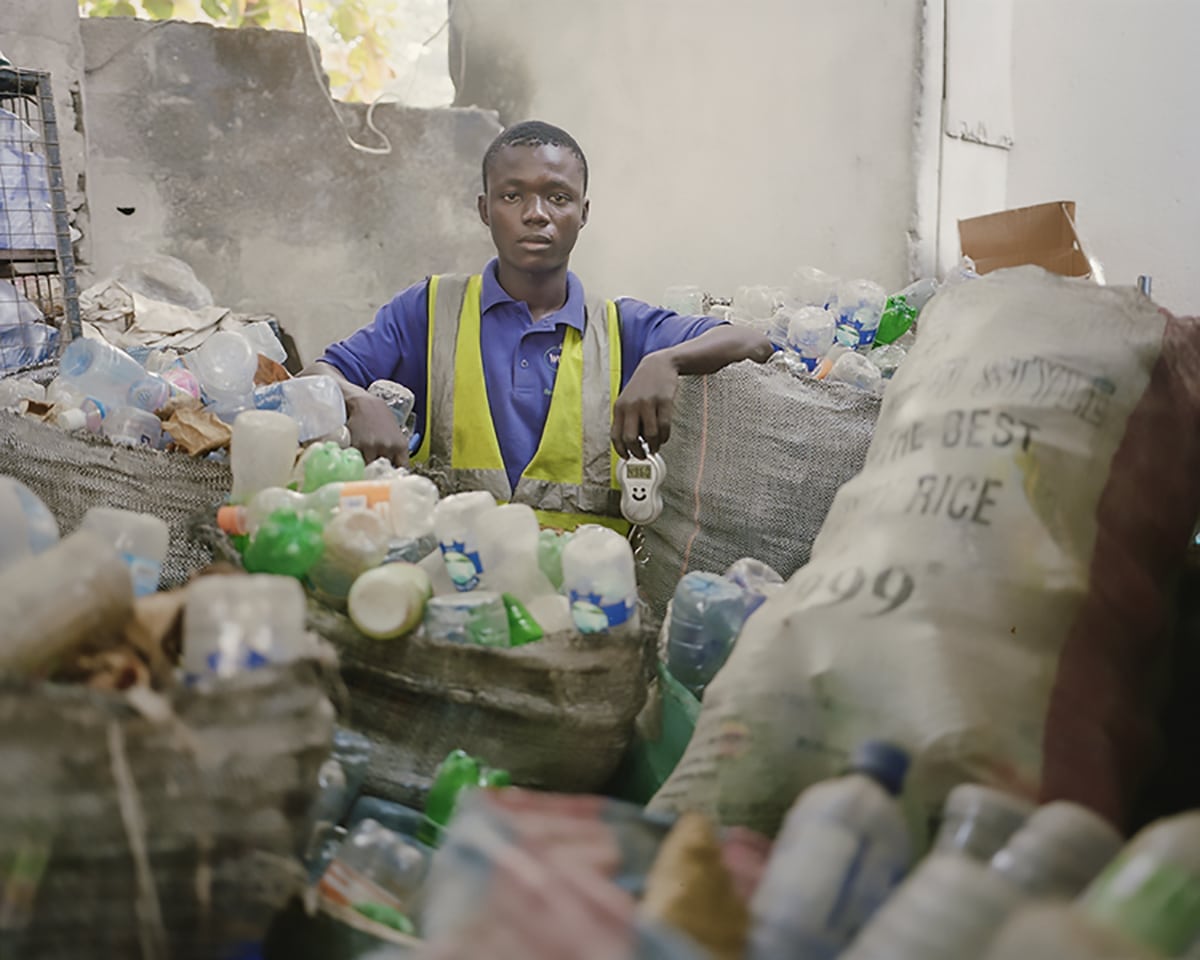 E4C: Do you have a story about a time when you knew you’re in the right line of work?

That’s a good questions. It’s not often that I introspect, but I’ll say that we’ve gotten our share of media coverage and press. We’ve been on several local and national media outlets, which is really amazing. It’s so humbling to see that people buy into what we are doing and appreciate it.

We’ve also seen that a lot of our subscribers, some of them don’t have a job and this is how they survive. It’s either their main income or a large portion of their income. So that’s really humbling to see that people actually commit to cleaning their communities as well as provide for their families.

E4C: What was one of the mistakes you’ve made that was instructive?

Another good question. Let me think. We make mistakes every day. I have come to live with the fact that I am going to make mistakes. I don’t give myself too much trouble for that. But I think it’s very important, as a leader, to learn how to work with people the right way. To not be sentimental and say, Oh this person maybe has a story, and it sounds like a nice story. But I’m not going to let sentiment cloud my judgment. As a leader, maybe you get along with someone on a personal level, but when it’s time for work, they don’t do the work.

“I’ve had to learn how to develop my people and be the right leader to ensure that my people can be better at their job than I can.”

As a leader, I’ve seen more and more that it’s important to hold the team to high standards, let them know that we’re all colleagues and we’re all supposed to contribute. I think that’s actually key because the company at this stage—it’s a growing company—so I deal with people more and more and less with the day-to-day. I’ve had to learn how to develop my people and be the right leader to ensure that my people can be better at their job than I can.

E4C: What advice do you have for social entrepreneurs?

I think there are three main challenges for social entrepreneurs.

The first challenge is the business model. Being able to create a clear business model that will allow your enterprise to become sustainable at some point.

“I think there are three main challenges for social entrepreneurs: business model, funding and mission.”

The next on would be funding. You have to be very diligent about looking for funds to grow your business.

And I think the third and most important advice would be the mission. Having a clear mission, ensuring that the people you’re working with always get the help that you want to give them. 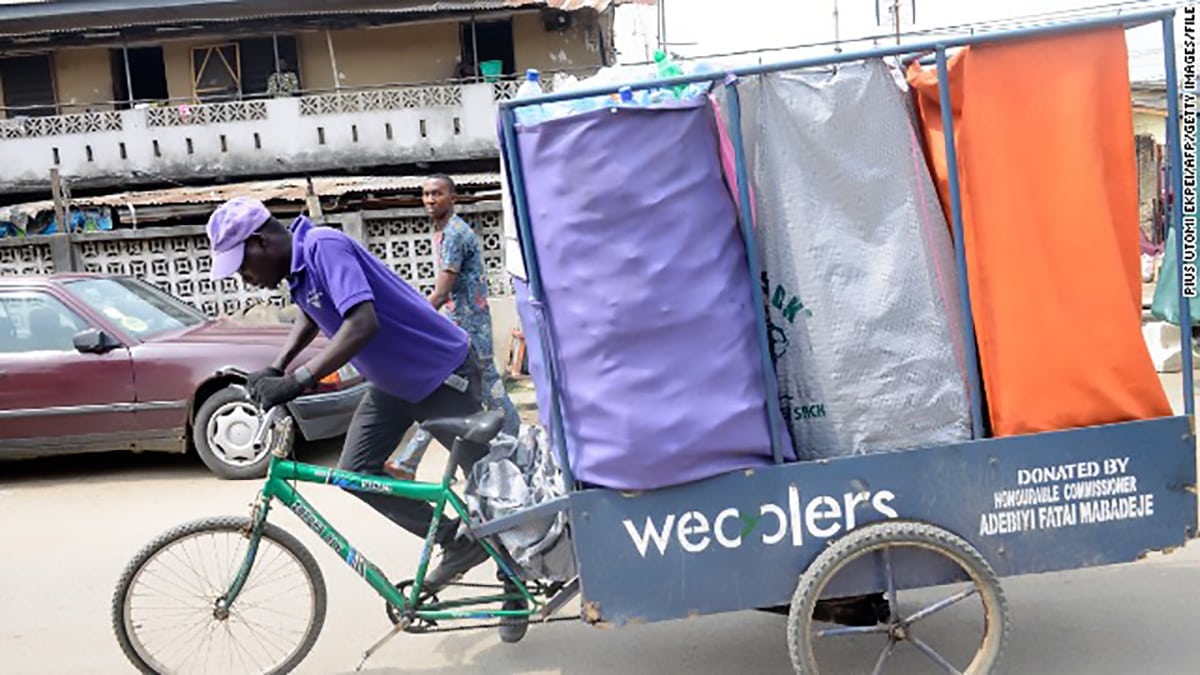 E4C: Tell us about the tricycles. Why tricycles?

They look simple but they are very complex machines. We built something that, number one, is rugged enough to handle the roads, Number two is not too difficult for a person of average size and average strength to ride. And it can carry up to 200kg of trash.

“The tricycles look simple but they are very complex machines.”

When it comes to the modeling and calculations that have gone into it, it makes me wish I had paid more attention in physics class. It is so complicated. I think we’re on our fifth iteration. We spent a lot of money building that machine and we tried to keep it as cheap as possible so that it’s easy for someone here to build locally with local materials.

I’ve seen that it needs a mechanical assist, because sometimes at the end of the day the riders are tired and they could use an assist. We’re looking at that. We’re working in partnership with Unilever. We’re going to have an innovation design challenge in 2017 where young people will submit ideas and we’ll have our welder and engineer work with them.

Enter Our Photo Contest in Celebration of World Engineering Day