Solar-powered water pumps have officially entered the mainstream. Stanley Black & Decker, the multinational conglomerate widely known for its power tools, announced the introduction of a 5hp solar irrigation pump in India. The pump, called Nadi, is a 4-inch submersible driven by one of Stanley’s brushless direct current (DC) motors. The model will have four variations based on the water head, 20, 50, 70 and 100 meter. 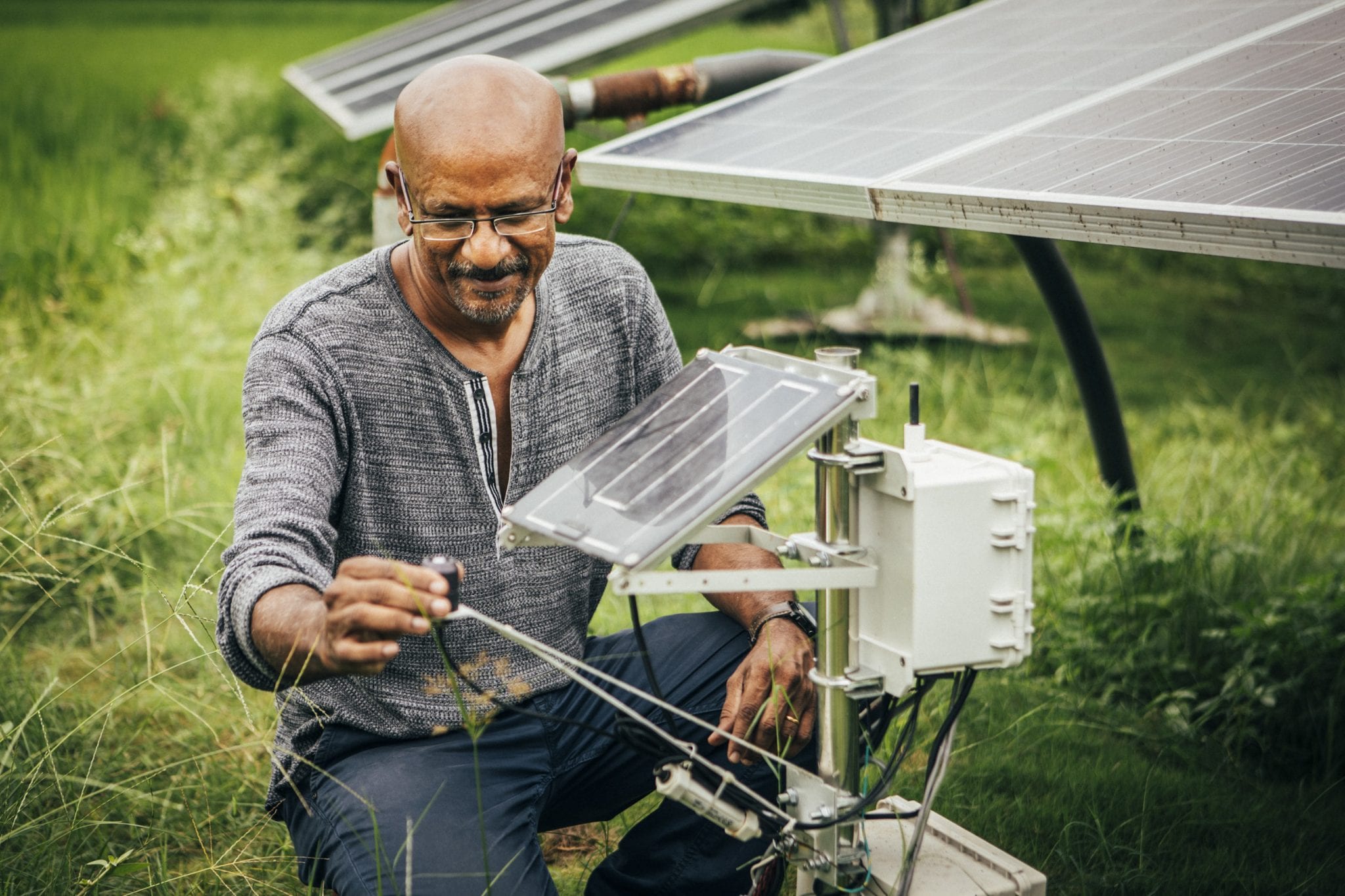 The pump is connected to the cloud and shares vital data on soil and atmospheric conditions, which can help determine the best time and ideal crop for a farm. Nadi can also be controlled through a mobile phone so farmers do not have to go across their field to turn the system on or off.

During the time the pump is not being used, the excess solar energy can be pushed back to the grid via an additional interface that converts the DC power to alternating current (AC) power. Farmers can actually use solar energy as a cash crop, because the government is looking to pay farmers for the energy they push to the grid. This incentivizes farmers to use water judiciously, and in turn prevents the depletion of the water table, because of the additional revenue they earn by selling their excess power.

Key specs of the pump can be found on www.stanleyearth.com under “Our Technology.”

The pump gives a positive first impression, says Sean Furey, a Contributing Editor at E4C and Director of the Rural Water Supply Network (RWSN) Secretariat at the Skat Foundation in St. Gallen, Switzerland.

“I would have reasonable confidence in their quality control and supply chains (in Africa maybe less so). As a like-for-like replacement for grid-powered AC pumps or off-grid diesel pumps, I can see immediate environmental benefits on direct carbon emissions (life cycle emissions are more complicated),” Mr. Furey says.

Andrew Armstrong, RWSN’s lead on solar pumping, and an unnamed colleague in India at Sunlit Future, an Indian solar products distributor, list and comment on the pump’s specs and features.

Design – The modular design (electronics/motor housing/impeller in separate housings) – which is likely intended to allow for replacement of parts instead of necessitating replacement of the entire pump – is similar to the manner in which Lorentz pumps are designed. It’s a nice feature that might help make repair and replacement more affordable but also means you have connections which might pose an opportunity for failure (as opposed to fully integrated unit like Grundfos).

Performance – The electrical specs look fairly standard but it is difficult to comment on the performance of this pump relative to others on the market based solely on the information provided on the website. [See the specs from Sunlit Future below.]

Manufacturing quality – I agree with Sean that Black and Decker is a household name with proven track record and likely capable of sustainable supply chain. I would like to find out more about their warranty arrangement(s).

The pump is the first product under the company’s new brand STANLEY Earth.

“Our new STANLEY Earth brand is a reflection of our commitment to ‘Innovating with Purpose,’ which is a core pillar of our CSR [corporate social responsibility] strategy,” Stanley Black & Decker President and CEO Jim Loree said in a statement.

“These products will play a key role in helping our company create positive change and get us closer to achieving our goal of enhancing the lives of 500 million people. Our basic goal is to be a force for good in alignment with our purpose, for those who make the world,” Mr. Loree says.

For years, Engineering for Change has reported on advances in solar pumping technology and posited these pumps as budget-friendly, green alternatives to the diesel pumps that are commonplace on small farms in India and elsewhere. AC electrical pumps on Indian farms account for 20 percent of the electricity generated in the country, Stanley Black & Decker said in a statement. And diesel irrigation farms in India and worldwide pose problems with air pollution, climate change and fuel expenses to small-plot farmers.

See also: Water Has a Bright Future in Solar Pumps

“With about 300 clear and sunny days in a year, the calculated solar energy incidence on India’s land area is about 5000 trillion kilowatt-hours (kWh) per year (or 5 EWh/yr). The solar energy available in a single year exceeds the possible energy output of all of the fossil fuel energy reserves in India,” Mr. Gogula says.

“Nearly two years ago, we set out on a mission to deliver a self-sustaining irrigation solution that can provide India’s millions of farmers with a solution to one of their key challenges – reliable and consistent access to clean water,” Mr. Gogula said in a statement. “Through the innovation of our Stanley team and collaboration with key partners, we’ve delivered an affordable solution that can help transform not only the lives of farmers in India, but also the lives of farmers in any part of the world that faces water scarcity.”

Stanley may encounter at least two problems with this pump and this market, Mr. Furey says.

“There is the widespread problem in India of over-abstraction, triggered by energy/fuel subsidies and it the removal of variable costs of pumping that can lead to wasteful use. So this technology doesn’t solve the water resources challenge, and may even add to it in the long run. This is water governance and a regulatory issue, so a salient reminder that many problems can’t be solved by technology.”

A solution to that problem may be in policy that allows farmers to sell excess power back to the grid, encouraging more frugal use of water, Mr. Gogula says.

And another challenge may be protecting the company’s intellectual property.

“One problem they are going to have is knock-offs: cheap crap with their branding put on it. They must face this with all their tools and equipment though,” Mr. Furey says.

In addition to its introduction in India, Stanley plans to distribute this pump or similar models in Africa, South America, and South East Asia. The company also plans to expand its product line under the Stanley Earth brand. 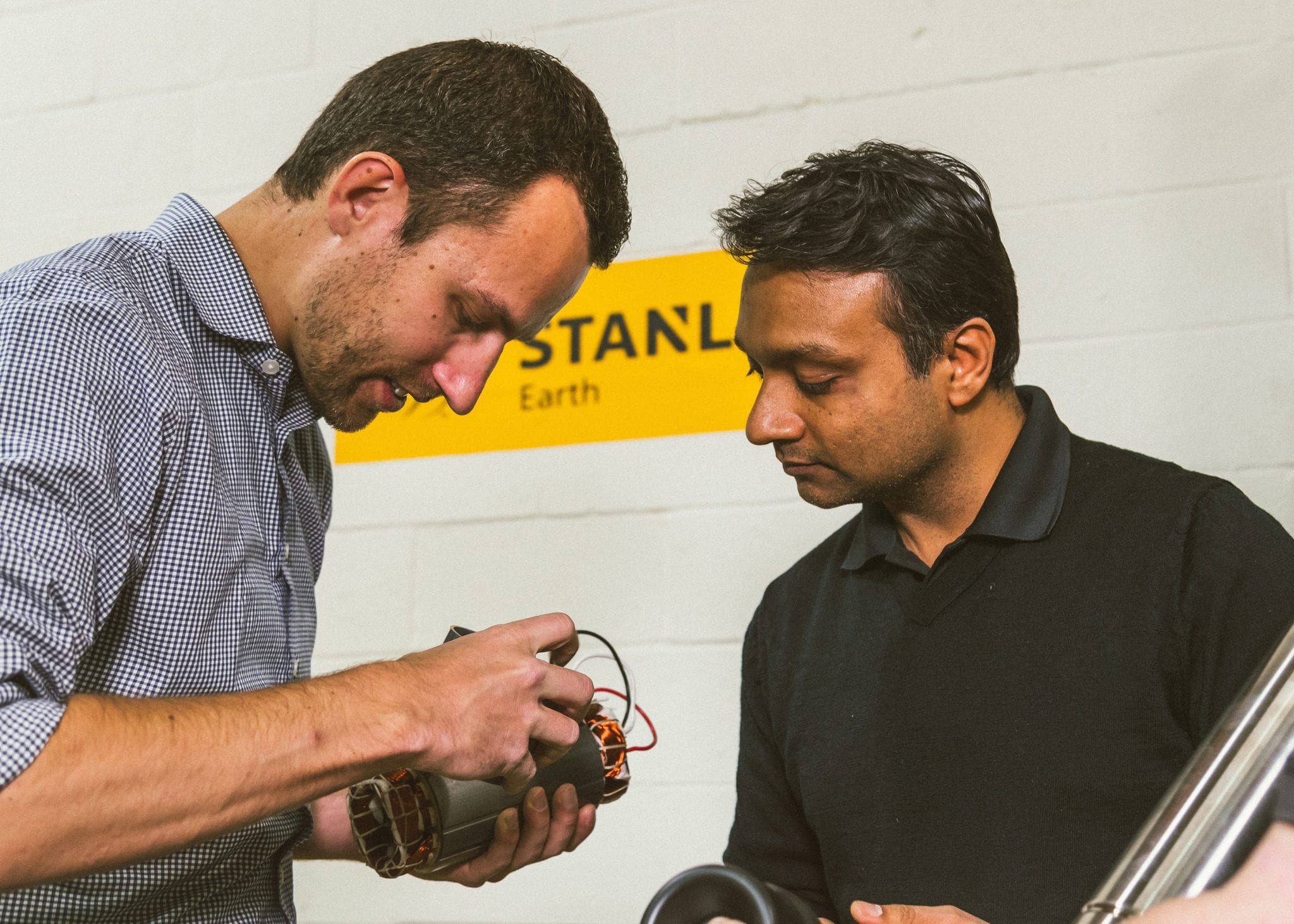 How to Make Penetrating Oil

WD 40 lubricating spray may have some low-cost, do-it-yourself competition: vegetable oil and acetone. A mixture of vegetable oil with 10 percent acetone, the active ingredient in nail polish remover and some paint thinners, works as well to free rusted bolts as WD 40. And it costs about one-tenth of the price. Add more acetone, up to 30 percent, and the mixture works even better than WD 40 and still costs...